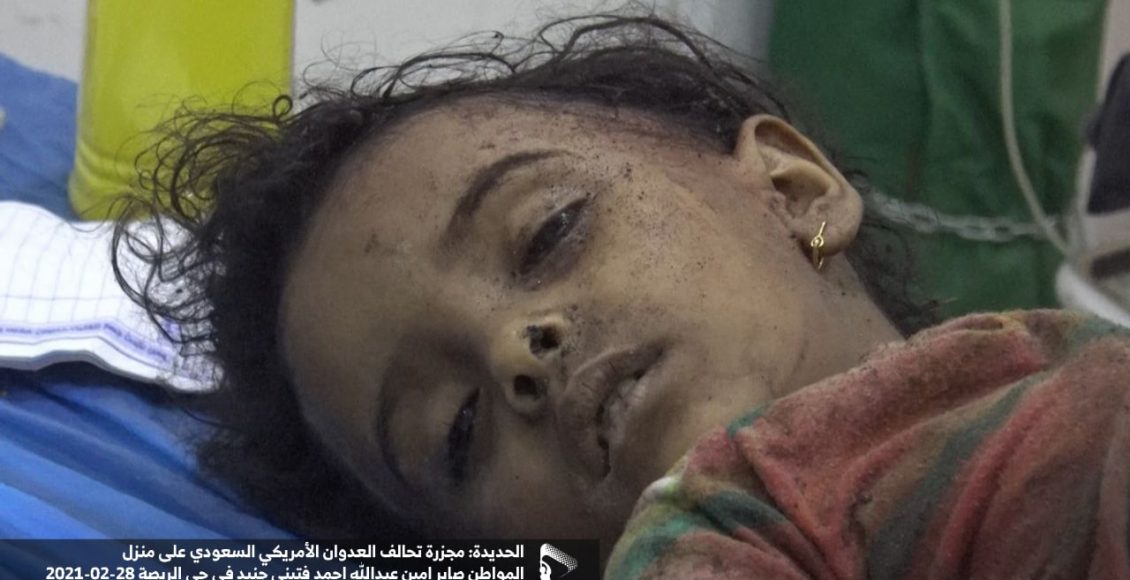 Today, Sunday, five citizens were killed and several others were wounded in the airstrikes of the brutal American-Saudi-Emirati aggression on Hodeidah Governorate.

A local source in Hodeidah stated that the aggression’s brutal drone raid targeted a citizen’s house in Rabsa neighborhood of Al Hawk district, which led to the death of five citizens, including a child, and wounding many others.

The source strongly condemned this brutal crime, which is added to the series of crimes and violations committed by the aggression coalition for six years against the people.

17 Airstrikes by the aggression’s jets on Marib, Al-Jawf ,Saada