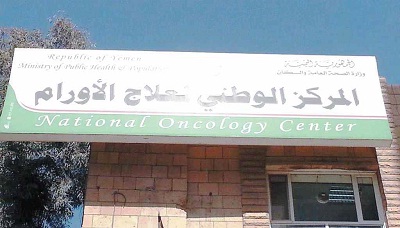 National Oncology Center holds the UN ,the aggression coalition responsible for the deaths of hundreds of patients

The National Oncology Center in Amanat Al-Asimah has warned of stopping its services and damaging medicines due to the depletion of fuel due to maritime piracy and the continued detention of fuel ships by the US-Saudi aggression.

In a statement to the international community, the center held the United Nations and the aggression coalition the responsibility for the death of hundreds of cancer patients and the damages resulting from the continued detention of fuel ships and preventing their entry to the port of Hodeidah.

The Center condemned those arbitrary practices that seek to kill and starve the Yemeni people , calling on humanitarian organizations to intervene urgently by pressuring the aggression forces to release the ships .

There is no place for the invaders, nor for their penitential ,criminal tools, and our battle is comprehensive:Minister of Information