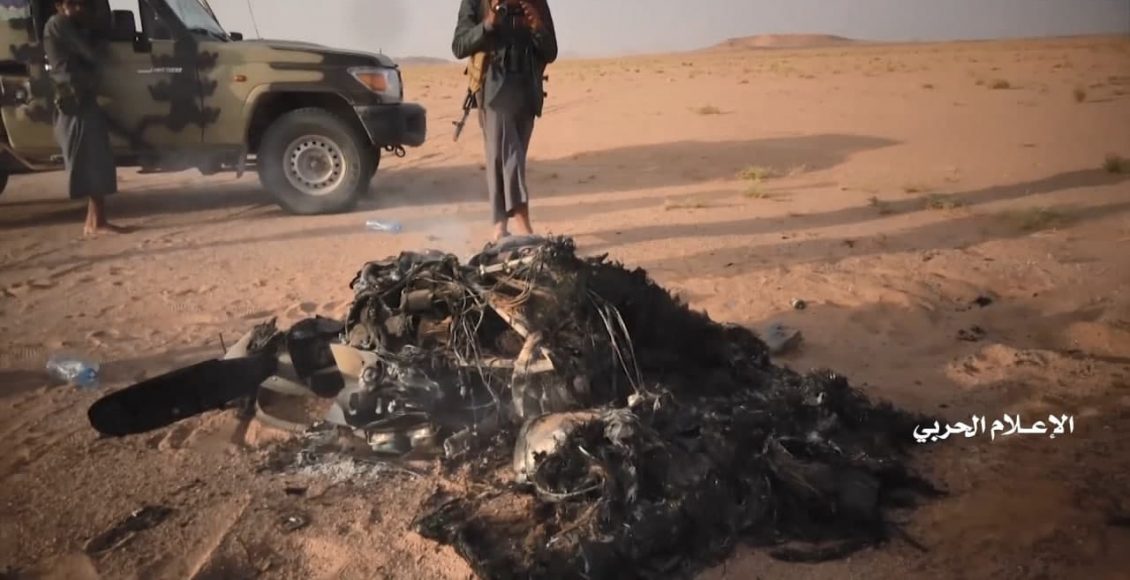 Today, Tuesday, the military media of the army and the popular committees released scenes of the wreckage of the Turkish plane that was shot down by air defenses with a suitable missile, which was not disclosed in Al-Marazeeq area in Al-Jawf governorate two days ago.

It is worth noting that the air defenses were previously able to shoot down several aircraft of the same type, including one that was shot down in Salif, Hodeidah, in late December 2019, and another one in Hodeidah in early 2020.

A similar plane was also shot down over Al-Muhashima area in Khub Washa`f District, east of Al-Jawf governorate, on January 6, 2021.

40 Raids of the aggression on Sana’a, Marib, Al-Jawf, Saada and Dhamar