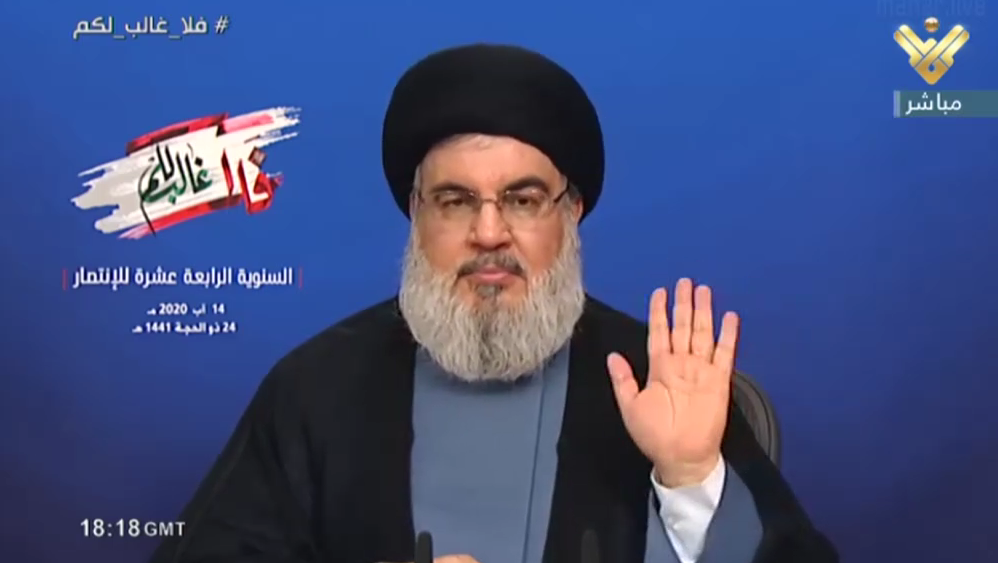 The Resistance leader is to appear via Al-Manar at 20:30 (Beirut time) on Thursday, the Media Relations Office said in a statement.

The address, which is expected to tackle latest local and regional developments, will be on the occasion of Hezbollah’s Wounded Fighter Day. This occasion is marked yearly by Hezbollah on the 4th of the holy month of Shaaban, the birth anniversary of Al-Abbas (a.s.), brother of Imam Hussein (a.s.).

In his latest appearance in February, Sayyed Nasrallah warned Israeli officials to “stop playing with fire,” vowing that the Zionist occupation “will see events it hasn’t witness since 1948” if a war erupts with Lebanon and Hezbollah.

A symposium in Sanhan, Sana’a, on the anniversary of the leader martyr