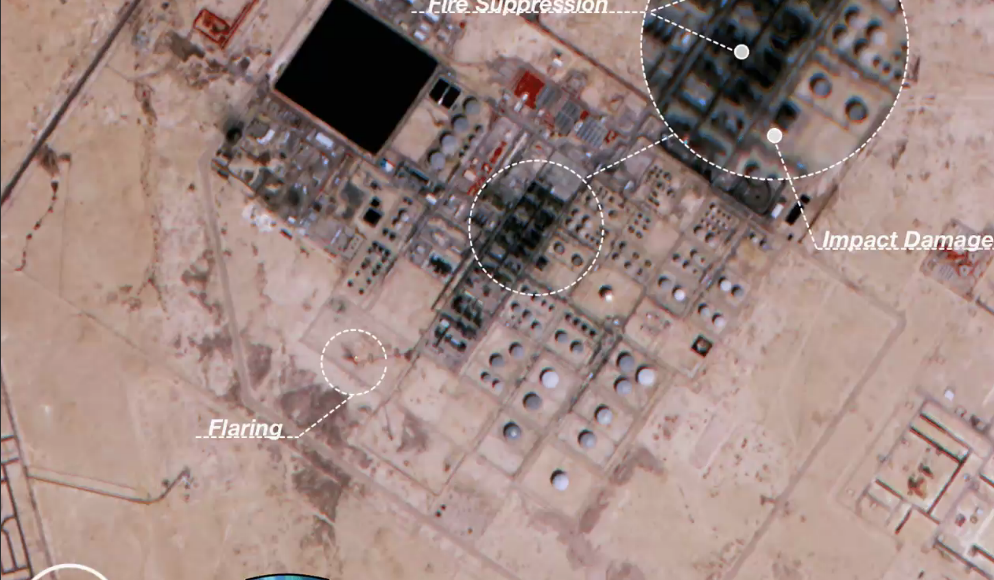 Photos show the damage to Aramco in Riyadh, after it was targeted by 6 drones

Brigadier General Sare’e said in a brief statement, “Once again, the Air Force targeted a military site at Abha International Airport this morning with a Qasef 2k drone”.

The spokesman of the Yemeni Armed Forces reiterated that this targeting comes within the framework of the legitimate and natural response to the escalation of the US-Saudi aggression and its continuous siege against Yemeni People.

On Friday, the Armed Forces carried out the “6th of Shaban” operation, which targeted Aramco in Riyadh with 6 drones.

The Armed Forces also confirmed that its operations are continuing as long as the aggression and siege continue.

Brigadier General Sare’e renewed the call for all foreign companies and citizens to stay away from vital military targets, as they have become legitimate targets for the Yemeni Armed Forces.

The Yemeni Armed Forces’ operations escalate hitting the depths of Saudi Arabia, with ballistic missiles and the drones, as part of the legitimate natural response to the US-Saudi aggression and siege on the Yemeni people.

The Armed Forces spokesman, Brigadier General Yahya Sare’e, stated that targeting King Khalid Air Base comes in response to the escalation of aggression and its comprehensive siege.

29 Airstrikes on Marib, Hajjah, Saada, and 206 violations in Hodeidah