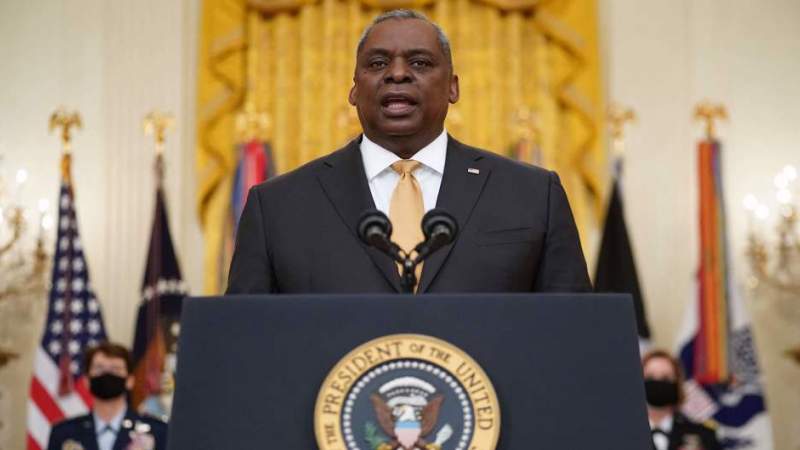 Pentagon chief: US ‘Ready to Fight Tonight’ with North Korea

Pentagon chief Lloyd Austin has threatene North Korea with a war after Pyongyang denounced the resumption of drills between the US and South Korea.

“Our force remains ready to ‘fight tonight,’ and we continue to make progress toward the eventual transition of wartime Operational Control to a [South Korea]-commanded, future Combined Forces Command,” Austin said at a press conference.

His remarks came after North Korean leader Kim Jong-un’s influential sister on Tuesday warned the administration of US President Joe Biden against “causing a stink at its first step”, if it wanted to “sleep in peace” for the next four years.

Kim Yo-jong, who is a key adviser to her brother, denounced the annual joint US-South Korea military drills, which began earlier this month, saying “war drills and hostility can never go with dialog and cooperation.”

The North says the US-South Korea drills are rehearsals for an invasion. Last year, the exercises were cancelled over the coronavirus pandemic.

North and South Korea are still technically at war as a 1953 war they fought ended with a truce and not a peace treaty.

They were on a path of rapprochement, beginning in January 2018, before the US killed diplomacy.

Former US president Donald Trump met with the North’s leader three times, but he refused to meet Pyongyang’s demand for the removal of some sanctions in return for major North Korean measures toward demilitarization in the then-ongoing diplomacy.

North Korea has been under harsh US and United Nations sanctions over its nuclear and missile programs.

The Biden administration has yet to offer a clear policy toward Pyongyang, but experts predict the new administration will likely continue the same foreign policy pursued by Trump.

Observers had already warned that if the Biden administration moved forward with the joint exercises with South Korea, it would likely sabotage any prospect of diplomacy with North Korea in the near future.

Biden is also waging a bitter confrontation with Russia, with the American president calling his Russian counterpart Vladimir Putin “a killer”.

The Biden administration also appears to be pursuing the same aggressive policy against China as its predecessor, making allegations against Beijing’s purported “expansionist” intentions in East and Southeast Asia and siding with China’s rivals in territorial disputes.