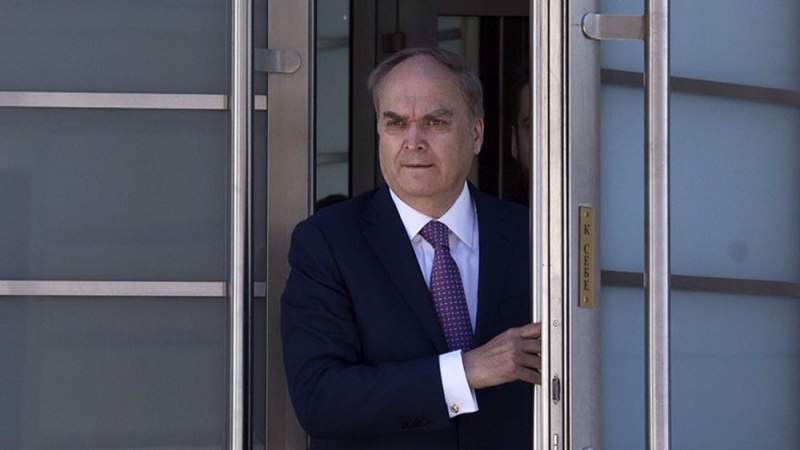 The relations between the Kremlin and the White House have hit a new low, with Russian Ambassador to the United States now back in Moscow for “consultations,” following US President Joe Biden’s recent labeling of Russia’s President Vladimir Putin a “killer.”

Ambassador Anatoly Antonov, who was ssceduled to arrive in Moscow on Sunday, said he will be staying there “for as long as necessary.”

Talking to reporters at the John F. Kennedy International Airport in New York ahead of his flight, the ambassador explained that he had “already planned several meetings in Moscow in various departments.”

Antonov noted that a lot of worked was needed to analyze the state of relations between the US and Russia.

“The Russian side has always emphasized that we are interested in the development of Russian-American relations to the same extent as our American colleagues. We need to sort it out,” Antonov added.

The Russian mission in New York said in a Facebook post on Wednesday that Antonov was “leaving for Moscow for consultations,” after Biden’s controversial remarks about Putin.

It said that “certain ill-considered statements of high-ranking US officials have put the already excessively confrontational relations under the threat of collapse.”

Biden said in an interview on Tuesday that the Russian president was a “killer” and that he would have to “pay a price” for alleged interference in the 2020 US presidential election.

Putin’s spokesman Dmitry Peskov said on Thursday that Biden’s remarks showed he had no interest in fixing ties with Russia.

“These are really bad remarks by the US president. He has clearly shown that he doesn’t want to improve relations with our country,” Peskov said. “We will now proceed from that.”

Last week, Biden authorized the release of a 15-page declassified report, which accuses Putin of having likely directed efforts to try to manipulate the 2020 presidential election to benefit the then-incumbent president and Republican candidate Donald Trump.

The Russian Embassy in the US described the report as “another set of baseless accusations against our country for interfering in American domestic political processes.”

The Biden administration is expected to impose sanctions on Moscow over the allegations, two sources told Reuters on the condition of anonymity last week.

Back in 2016, similar allegations were brought forth about Trump having colluded with the Kremlin to gain favor against political rival Hillary Clinton. Russia rejected those claims, too.

Biden’s administration has already imposed sanctions against Moscow over the imprisonment and alleged poisoning of Russian opposition figure Alexey Navalny.

US Yet to Make Final Decision on Withdrawal of Troops from Afghanistan: Pentagon Chief