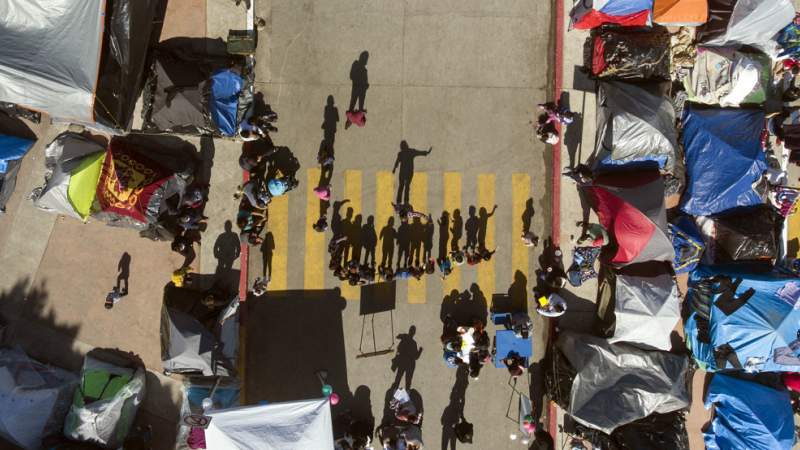 The Pentagon has agreed to hold thousands of detained unaccompanied migrant children at two US military facilities in Texas as President Joe Biden has come under mounting criticism over his handling of humanitarian crisis at the at the US-Mexico border.

The Department of Health and Human Services (HHS) had asked the Pentagon to house up to 5,000 children at Fort Bliss and another 300 at the other base, according to two US officials.

On Wednesday, the Pentagon said that it approved the request to temporarily hold the detained children at Joint Base San Antonio – Lackland and Fort Bliss.

“The Pentagon will provide the HHS officials access to these locations immediately to begin initial actions to prepare for receiving unaccompanied migrant children as soon as preparations are complete,” said Pentagon spokesman John Kirby.

He said the children would be held in vacant dormitory and temporary housing facilities.

More than 15-thousand kids, including many of those forcibly separated from their parents, are now in the care of the department as US officials are struggling to process them.

Just two months into office, Biden has come under fire for handling a growing refugee crisis along the southern border with Mexico.

Washington has been battling to house and process an increasing number of unaccompanied children, who have been stuck in prison-like border stations for days.

Biden had already opened a detention center, used by his predecessor Donald Trump, to lock up hundreds of refugee children — a move the Democrat had criticized as former president’s “zero tolerance” immigration policy.

On Wednesday, the president blamed Trump’s immigration policies, but acknowledged that “it is our responsibility to deal with it humanely and to stop what is happening.”

Biden stands accused of inciting a chaotic migrant rush on the US border with Mexico after he vowed to unwind many of the immigration policies of former president Donald Trump when he assumed office in January.

As part of the administration efforts to try to stem the flow of refugees from Mexico, Biden has appointed Vice President Kamala Harris to tackle the issue.

Biden said the United States is going to need help from Mexico, Honduras, Guatemala and El Salvador and that Harris “agreed to lead our diplomatic efforts and work with those countries.”

“The best way to keep people from coming is to keep them from wanting to leave,” the US president said.

Harris said that the job “will not be easy, but it is important work, it is work that we demand as a people of our country.”

The vice president, a daughter of refugees, is however, under fire for laughing off the humanitarian crisis.

When asked about a potential trip to the border, Harris laughed off the question on Monday, answering, “Not today.”

Neither Harris, nor Biden has travelled to the southern US border since taking office in January.

Harris is expected to travel to the region at some point, but no trips are planned yet, an official said.

US Border Patrol officials detained more than 11,000 unaccompanied migrant children between February 28 to March 20, a massive increase from the 5,600 children the agency apprehended in January.

17 Air strikes on Marib, al-Jawf ,Hajjah, and 166 violations in Hodeidah

Sayyed Abdumalik We Will Continue Support of Palestinian Cause