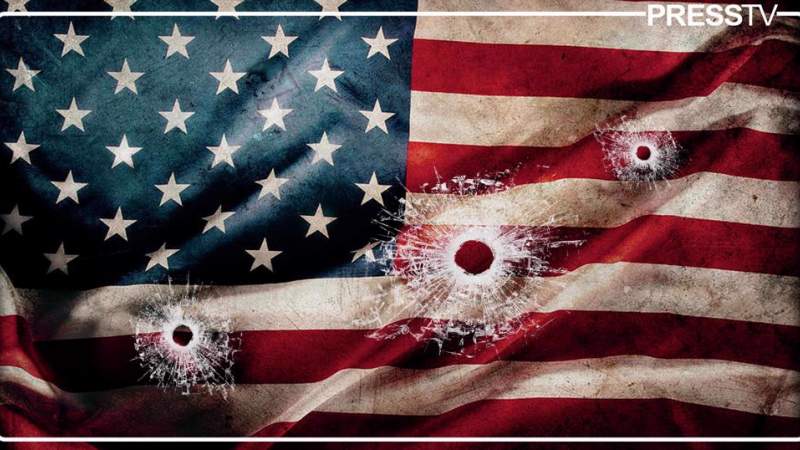 The last few months in the United States, has placed a sharp spotlight on the domestic terror threat posed by white supremacist armed militia.

This reality was reflected in the incredible scenes of the Capitol buildings in Washington being stormed in January, with FBI director Christopher Wray later describing the incident as a terror attack.

Increasingly too, over the last few years we have seen an ever-greater militarized police force gunning down Black people in the street, with trigger-happy police exercising a policy of shooting first asking and questions later, with no accountability.

These scenes have rightly drawn widespread scorn and condemnation, from around the world, and also concern from across the board, particularly from liberal commentators in Western media.

But there’s a problem. Many of those who are quick to point out the internal problems of the United States, are the same people who have no problem at all, with the United States armed forces and her proxies destroying other countries.

On the contrary, those quick to criticize the threat to democracy from within the United States, actively encourage and act as cheerleaders for the US’s wars of military aggression while berating the scenes in Washington as compromising the sacrosanct democracy of the United States.

Many of the US’s own citizens have never enjoyed the democracy which the American establishment seemed upset about being undermined at Washington.

And for the countries on the receiving end of US imperialism, the scenes at Washington DC are reminiscent of the way American troops behave abroad, wreaking havoc in other people’s countries, undermining democracy while ransacking government buildings, while demanding regime change.

The same people who broke into the government buildings in Washington, might have received military medals from the President, if they had committed the same behavior in Iraq, Libya or Syria.

It seems that for many in the United States, it’s only ‘terror’ when their own government and Capital city is under attack, but yet the very same scenes are described as ‘promoting democracy’ when the same individuals are wearing US military attire abroad.

If the United States had the same view and concern over the impact of their foreign policy as they expressed over the scenes in Washington, the world might look very different indeed.

And let’s remember, many of those who attacked the Capitol were also individuals who were serving or had once served in the United States armed forces. What does this tell us?

The policy of condemning the Jan 6 riots, while promoting the same scenes abroad in other people’s countries is simply hypocritical and farcical.

Condemnation of American home-grown terror is correct, but it must be linked and seen as part of the wider culture which is also promoted and exported by American foreign policy.

US foreign policy, has led to the death and displacement of millions of Muslim and non-white populations around the world, from Iraq, to Libya and beyond. The loss of life of civilians, who also had rights, has been incalculable. Those lives were far more important than a collection of Capitol buildings, made of bricks and mortar. But you wouldn’t think so, listening to American and Western commentators. In a couple of weeks, there was more concern expressed over Nancy Pelosi’s office being raided, than there ever was over the raiding of other countries.

The sudden concern and national conversation over home-grown terror in the United States, only seriously began in earnest when the United States’ own democracy was apparently threatened. Then, it became a hot topic and the talk of the town. It did not begin when that terror was flown abroad in the form of soldiers aboard military planes. And it did not ever happen during the reign of violence that Black Americans have lived under for hundreds of years from their own government.

The United States has continually sought to undermine democratic movements for self-determination all over the Middle East, and in Iran, on the African continent as well as South America and beyond. The United States supports Israel, unflinchingly, backing a regime which continually represses the rights of the Palestinians, in the most barbaric of fashions.

In addition, we have to consider the added unfounded untrue claims peddled by the United States that Iran, China and even Iran took steps to undermine the so-called democratic process in the country’s elections.

The fact that Washington has repeated these assertions, again and again, from its own intelligence agency, which itself has been proven to continually meddle in other countries for its own ends, highlights an Orwellian form of doublespeak, unmatched in recent times.

Only when visited on its own doorstep, did the threat to democracy mean so much to the United States, offending the sensibilities of mainstream corporate media in America.

But it’s important to remember, that this issue is not simply a Republican or Democrat issue. The issue transcends traditional left/right political boundaries. It’s not a new state of affairs which came to the surface under the leadership of former President Donald Trump.

This state of affair has been perpetuated by Presidents of all parties over many decades. Foreign policy in the United States has continued in a straight line and moved in the exact same direction under George Bush, Barack Obama, Donald Trump and now Joe Biden. A change in leadership in the White House has never resulted in any deviation from US imperialism. The restaurant might change, but the menu always remains the same.

In fact, there is a dangerous perception that somehow things will improve under Joe Biden. The fact is though, there has been no change in the violence perpetuated abroad under foreign policy, or at home under the new president.