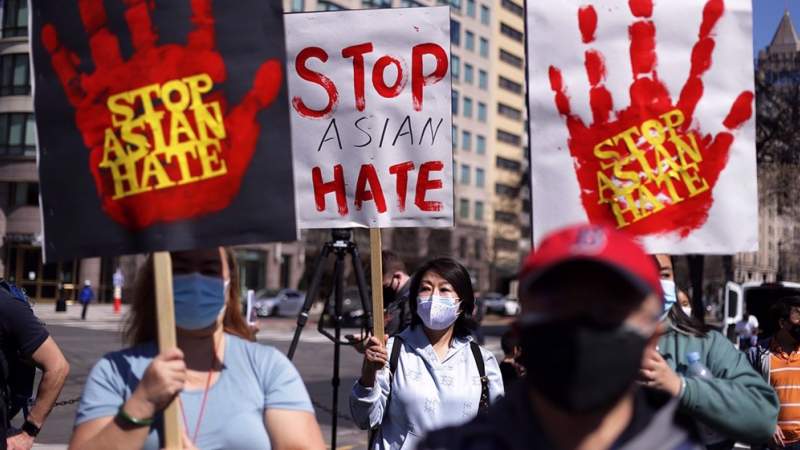 Rights advocates warn that the growing conflict between the United States and China risks further fueling anti-Asian sentiments in the US and could lead to more hate crimes being committed against the Asian American and Pacific Islander (AAPI) community.

The massacre has highlighted the shocking trend of hate crimes and violence against the Asian American community, which has gotten steadily worse with the COVID-19 pandemic since it was first detected in China.

While President Joe Biden has generally refrained from using his predecessor Donald Trump’s inflammatory language to describe the pandemic—terms like the “China virus” and “kung flu”—and has pressed Congress to address the issue, there are still fears that fresh tensions between the US and China could reinforce negative attitudes towards Asian Americans.

“Unfortunately, we know from history that geopolitical tensions with foreign countries often result in a backlash against our community back home. And this is particularly true for the Asian American community,” John C. Yang, president of the civil rights group Asian Americans Advancing Justice, told The Hill.

“So, on one hand, our geopolitical tensions with the Chinese government are real, and they should be,” he added. “But we need to be very careful not to let those tensions have this effect on our community back here.”

Tensions with China have continued to escalate under the Biden administration that appears to be pursuing the same aggressive China policy as the Trump administration, making allegations against Beijing’s purported “expansionist” intentions in East and Southeast Asia and siding with China’s rivals in territorial disputes.

At his first news conference Thursday since taking office, Biden vowed to prevent China from overtaking the US to become the world’s most powerful country.