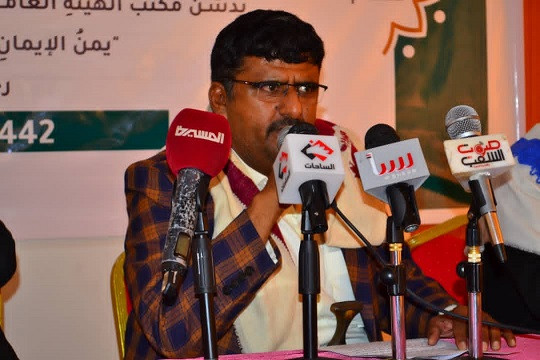 Marib governor, Ali Mohammed Toaiman, warned the Saudi-led coalition and its tools against using the internally displaced people (IDPs) as human shields on the outskirts of the city of Marib.

Toaiman said in a statement that rejecting by the forces of aggression to allow the IDPs to move to safer areas and away from confrontations, is a desperate attempt to trade in their suffering and use them as a humanitarian pressure card to stop the military progress by the Yemeni army towards the city.

He pointed out that the armed forces’ keenness, since the start of their military operations, to avoid civilians, including the IDPs, the damages of war and targeting, even though the forces of aggression have created artillery hangers near some the IDPs’ camps to exploit deliberately their suffering for political purposes.

The governor confirmed that the local authority has made many initiatives to transfer the IDPs’ camps, which are located near the areas of conflict to the liberated areas that to guarantee their necessary protection from confrontations.

He held the aggression of coalition and its tools the full responsibility for bombing on the displaced in areas of military conflict that endanger their lives.