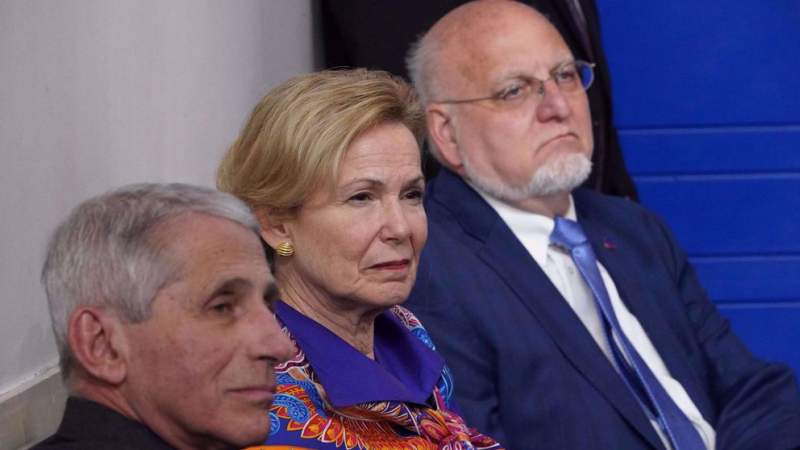 A member of former US president Donald Trump’s coronavirus task force says the COVID-19 death toll in the United States would have been substantially lower if the Trump administration had responded more effectively.

Deborah Birx said, “The first time, we have an excuse, there were about 100,000 deaths that came from that original surge. All of the rest of them, in my mind, could have been mitigated or decreased substantially.”

As of Sunday, more than 548,000 Americans have died from COVID-19 and almost 30 million infected in the United States.

Birx, Trump’s coronavirus response coordinator, said that if cities and states had “aggressively applied the lessons of the first surge” for all of 2020, then the death count could have been lower.

Birx, who has since left the government, said in a CNN interview that she received a “very uncomfortable” call from Trump after describing how widespread the virus was in an interview in August, during which she told people living in rural areas that they were not immune.

“I got called by the president,” she said. “It was very uncomfortable, very direct, and very difficult to hear.”

“Everybody in the White House was upset with that interview and the clarity that I brought about the epidemic,” Birx said.

She became sidelined in the final months of Trump’s administration, and White House briefings about the pandemic largely ceased.

Birx, however, has been labeled by Trump critics as “complicit” in any failures on the pandemic despite the fact that she has grown more critical of the former president and said she “always” considered quitting.

Birx’s comments were among a string of bombshells that emerged from the doctors who led the Trump administration’s coronavirus response in 2020, highlighting a high level of dysfunction and discord within the White House, particularly in the pandemic response.

Robert R. Redfield, the former director of the Centers for Disease Control and Prevention, accused Trump’s health secretary, Alex Azar, and the secretary’s leadership team, of pressuring him to revise scientific reports. “Now he may deny that, but it’s true,” Redfield said.

Stephen K. Hahn, former commissioner of the Food and Drug Administration, said his relationship with Azar grew “strained” after the health secretary revoked the agency’s power to regulate coronavirus tests.

Trump downplayed the COVID-19 outbreak in the US in its early stages, resisted mitigation efforts and criticized harsh lockdown measures imposed to stop the spread of the virus.

The former US president had suggested that Americans could consume bleach to kill the virus and repeatedly eschewed guidance on mask-wearing that health experts said prevented the spread of the disease.