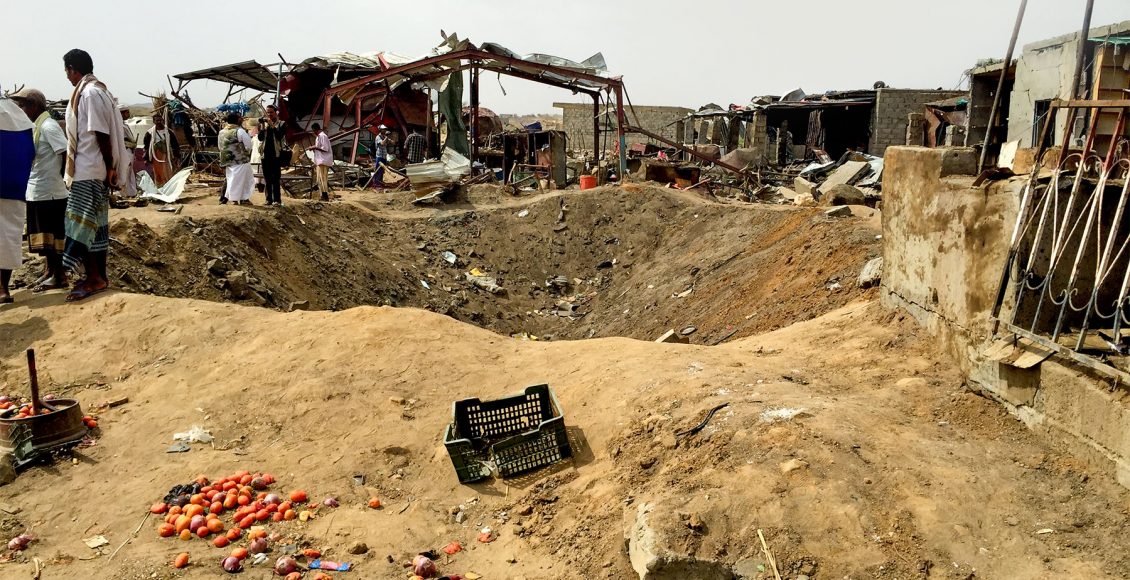 Raids on Marib, Al-Jawf ,Hajjah, and 100 violations in Hodeidah

On Thursday, the American, Saudi, and Emirati forces launched several air strikes on the governorates of Marib, Al-Jawf and Hajjah.

A security source clarified that the aggression jets launched 4 raids on the districts of Sirwah and Medghal in the governorate of Marib, an air raid on Al-Khanjar area in the district of Khub and Al-Sha`f in Al-Jawf, and a raid on the isolation of Bani Hassan in Abs district of Hajjah

In Hodeidah, the aggression forces and mercenaries committed more than 100 violations of the truce agreement on Hodeidah fronts during the past 24 hours.

A source in the Liaison Officers Operations Room stated that among the violations are the creation of combat fortifications in Kilo 16 and Al-Jabaliya, 6 spy plane raids on Kilo 16, Al-Jabaliya and Hais, and the flight of 13 spy planes over Kilo 16, Heis, Al-Tuhayat, Al-Faza and Al-Jabaliya.

The source added that the violations of aggression included 13 violations by artillery shelling of 132 shells and 66 violations with different bullets.