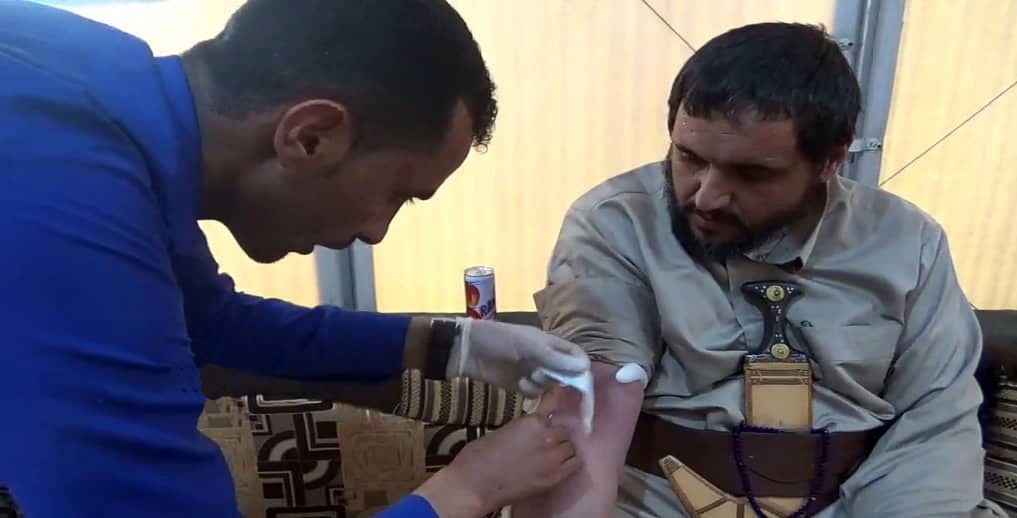 Sanaa Governor , Abdul Basit Al-Hadi, on Monday launched a blood donation campaign for employees of the provincial office for the wounded army and the popular committees.

During the campaign, in which the governorate’s undersecretary for technical affairs, Mr. Saleh Al-Muntaser, and a number of members of the administrative body participated, the governor of Sana’a stressed the importance of continuing to organize blood donation campaigns to embody the spirit of altruism and giving during the aggression.

He considered the blood donation initiative a message to the aggression forces , with the cohesion of the Yemeni people and their continued contributions in the battle to defend the homeland, its security and stability.

Governor Al-Hadi indicated that the campaign to donate is considered the least obligatory towards the sacrifices of the wounded who have written heroic epics on various fronts.

While the Sana’a governorate office staff affirmed that they would continue to donate blood to the wounded, and made dear and precious efforts to defend the life of the homeland .It indicated that this initiative is part of the responsibility in light of the aggression and siege that the country is going through.

Three citizens injured in the bombing of mercenaries on Salh district, Taiz

Yemeni official holds the UN,US responsible for the ongoing violations of the Sweden agreement