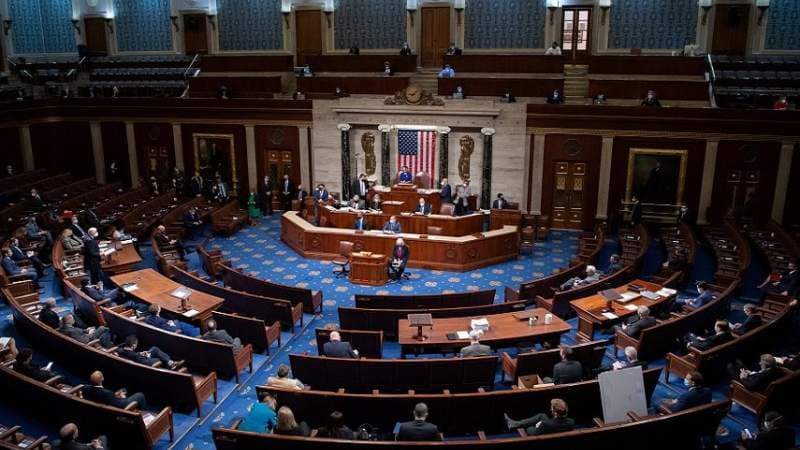 By coordinating roles between the White House and Congress, the Democratic members are pressuring the US President Joe Biden administration to take stronger positions towards human rights violations in Saudi Arabia, especially with regard to the Yemen.

Biden pledged during his campaign to make Saudi Arabia a “pariah” if he became president, Democrats in Congress who had been pressing for months to impose sanctions on the kingdom for increasingly violent and insolent behavior, the New York Times claimed.

The newspaper goes on to claim that Congress is portrayed as a tool to achieve justice in the world, but after nearly three months of his administration, it is pushing allies in Congress to take a tougher stance against the country, as they are concerned that what the White House described as an accurate re-evaluation of the relationship between US and Saudi Arabia did not go far enough.

The American newspaper claimed in its report that many Democrats “expected” Biden to be more aggressive, eliminating the need for action by Congress. Instead, they continued to press for tougher action and a wholesale rethink of the US position toward the Saudis.

Administration officials insist that Mr. Biden has already moved decisively. He announced in February that he was ending U.S. support for the Saudi-led war in Yemen, and reversed the Trump administration’s terrorist designation of the Houthis, revoking penalties that some worried would punish millions of starving civilians more than the rebels.

Lawmakers have also become increasingly concerned with the humanitarian crisis in Yemen, as the nation faces rising rates of famine that aid groups warn are likely to rise, after an air and sea blockade by the Saudi-led coalition on Ansarullah-controlled territory has restricted imports of vital goods.

“I don’t think that they have been sufficiently attuned to the fundamental shift that members of Congress of both parties want in the U.S.-Saudi relationship,” said Representative Ro Khanna, Democrat of California, an outspoken voice on the issue. “They’re still stuck in an old paradigm where they’re not willing to take the corrective, effective steps, and I don’t understand what is the constraint.”

The House Foreign Affairs Committee last month unanimously approved a bill written by two former Obama-era State Department officials that would bar Saudi Arabia’s crown prince, Mohammed bin Salman, and officials involved in the killing of Mr. Khashoggi from entering the United States, going a step further than Mr. Biden had. On Tuesday, a separate group of over 75 lawmakers wrote to the administration urging it to “use the full weight of U.S. influence to pressure Saudi Arabia to lift its naval and air blockade in Yemen that has left the nation grappling with both food and fuel crises.”

“Ending U.S. support for Saudi-led offensive operations in Yemen alone isn’t enough if we allow the blockade to continue,” said Representative Debbie Dingell, Democrat of Michigan, who led the letter to the Biden administration. “This blockade is causing immense suffering and starvation among Yemeni children and families, and it needs to be lifted now.”

“When you look at it from the perspective of the administration, they are trying to deal with these things through existing negotiation mechanisms,” Mr. Salisbury said. “On Yemen, and in many other cases, there is no profoundly simple way of ending the war.”

Airstrikes on Marib,Saada, and 171 violations of Sweden’s agreement in Hodeidah

Lavrov: Russia Received No Official Notification from US Regarding Open Skies Treaty

Moscow Warns of ‘Consequences’ as US Slaps New Sanctions on Russia Targeting Debt,…