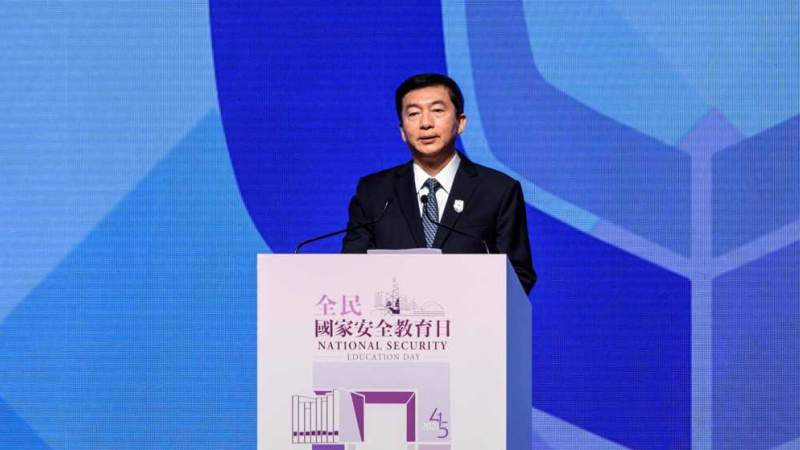 A senior Chinese official has warned foreign powers against any interference in Hong Kong, saying they will face countermeasures if they try to use the semi-autonomous city as a “pawn.”

Luo Huining, the head of China’s Liaison Office in Hong Kong, made the remarks at a ceremony marking National Security Education Day on Thursday, which was held for the first time with a number of activities to promote public awareness about the national security law enacted in the city last June.

“We will give a lesson to all foreign forces which intend to use Hong Kong as a pawn,” he said.

In May last year, Hong Kong’s legislature debated and passed a Beijing-proposed bill, criminalizing sedition, secession and subversion against the mainland. The law drew harsh criticism from some Western governments, particularly the US and the UK, which claim that the law threatens the semi-autonomous stance of the city.

Protests erupted in Hong Kong after the law was proposed on May 22.

Beijing, however, insists that the new law does not pose a threat to Hong Kong’s autonomy and the interests of foreign investors, noting that it is merely meant to prevent terrorism and foreign interference there.

Hong Kong was rocked by violent protests over another bill that would have reformed its extradition law in 2019. Rioters vandalized the city, destroying public and private property and attacking anyone deemed to be pro-government. Hong Kong dropped that bill, but the acts of violence continued.

The Chinese government says the United States and Britain fanned the flames of unrest in Hong Kong by expressing support for the protesters.

Hong Kong has been governed under the “one country, two systems” model since the city — a former British colony — was returned to China in 1997.

China, the United States, Britain, and the European Union (EU) have traded sanctions over the past year as the national security law for Hong Kong exacerbated tensions.

National Security Education Day has been held in Hong Kong for the first time since the Beijing-proposed legislation took effect last year, with school activities, games, and shows, and a parade by police and other services.

The ceremony is part of the city’s efforts to improve its school system. Local schools across Hong Kong will hold various activities, including raising the Chinese flag and singing the Chinese national anthem, to foster better understanding of the national security law.

Hong Kongers have also been invited to build national security “mosaic walls” to instill, according to a government website, the idea that people should work together to protect their homeland.

Stickers and bookmarks reading “Uphold National Security, Safeguard Our Home” have also been delivered to schools and kindergartens.

In February, Hong Kong unveiled national security education guidelines that include teaching students as young as six about colluding with foreign forces, terrorism, secession, and subversion — the four main crimes in the new law.