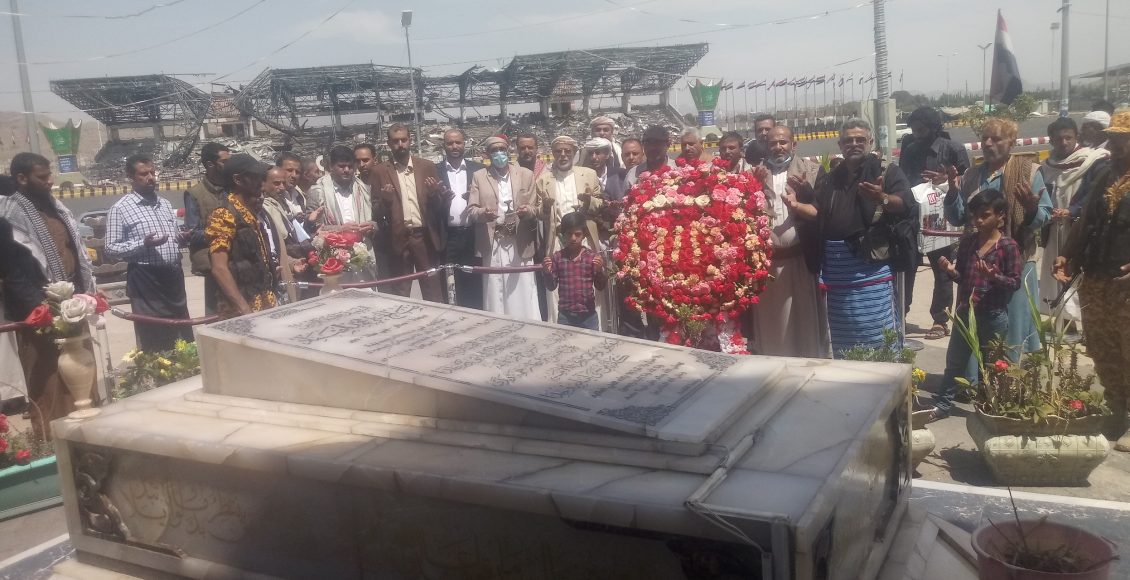 The leaders and employees of the General Secretariat of the Presidency of the Republic visited today the tomb of the martyr President Saleh Al-Samad and his companions in Al-Sabeen Square in the capital’s secretariat.

The visitors considered this memory a stop to stand before a figure who revives in the souls the meanings of giving and generosity in defense of the homeland, its security and stability. It is an opportunity to remember the positions of the martyred president and all the martyrs who carried out heroic feats in the face of aggression.

They praised the magnitude and grandeur of the sacrifice and the indignation of the martyr President Al-Samad and his companions in defending the prosperity of the homeland, its sovereignty and its independence .They stressed that the memory of his martyrdom will remain immortal in the memory of generations to derive from it the meanings of sacrifice and steadfastness in defending the homeland.

The visitors renewed the covenant and fulfilled the path of martyr al-Sammad and his project “A hand that protects and a hand that adopts” until victory is achieved .They called for inspiration from lessons and the meanings of sacrifice and loyalty from the president’s path.

The Oil Company: Griffiths Briefing links the humanitarian file with the military and political files