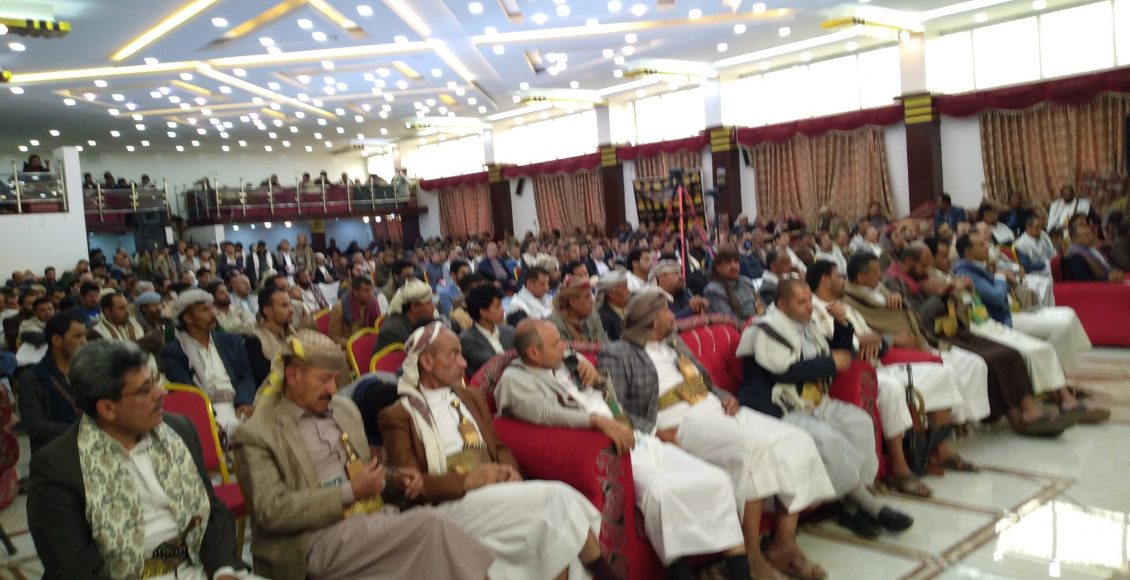 Today, Monday, Sana’a governorate held a mass event on the third anniversary of the martyrdom of President Saleh Ali Al-Samad.

In the event,the governor Abdul Basit Al-Hadi affirmed that the martyr President Al-Sammad immortalized his attitudes in the brightest pages of history, and generations will continue to draw inspiration from them for the meanings of sacrifice and redemption.

He reviewed aspects of the martyr’s personality, career and humility, the sacrifices he made in the face of aggression.The wisdom and political acumen that he characterized in managing the country’s affairs.

The governor of Sana’a discussed the roles of the martyr al-Samad and how he was able to unify the internal ranks and overcome dilemmas and challenges during his tenure as being the head of the Supreme Political Council.

The Secretariat of the Republic Presidency honors the families of the martyr President Al-Samad ,his companions