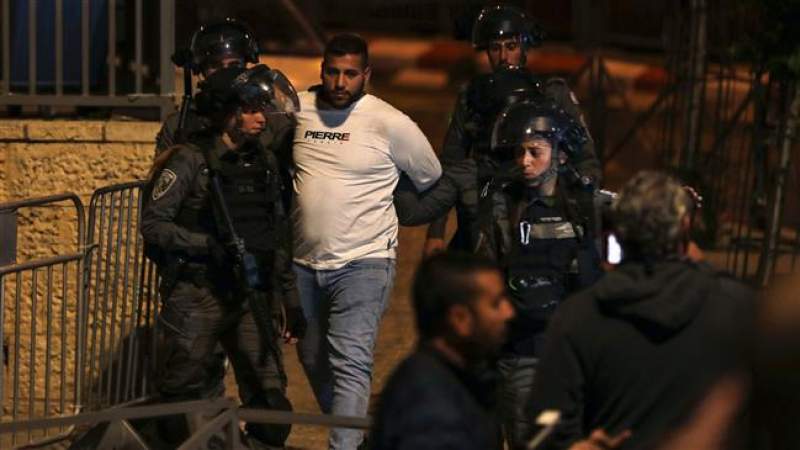 Scores of Palestinians have been injured in clashes at the Damascus Gate of the Old City of Jerusalem al-Quds as Palestinian activists confronted hundreds of far-right and extremist Israeli settlers chanting “Death to Arabs” in their rally in the center of the occupied city.

The Old City is home to al-Aqsa Mosque which is the third holiest site in Islam.

The Palestine Red Crescent Society said in a statement that at least 105 Palestinians were injured, including 22 people who were hospitalized.

Earlier on Thursday, some 300 members of the supremacist Lehava group took part in the march.

The group is best known for its use of intimidation, harassment and violence to stop intermarriage and assimilation of Jews with non-Jews, and tries to stifle any public activity by non-Jews in the Occupied Territories, including coexistence events.

Lehava protestors, led by its far-right chief Benzi Gopstein, who professes violence, racism, and terror, chanted “Death to the Arabs!” and “Arabs get out!”

Some 20 officers were reportedly injured in the clashes, including a mounted officer hit in the face by a rock. Three were taken for medical treatment.