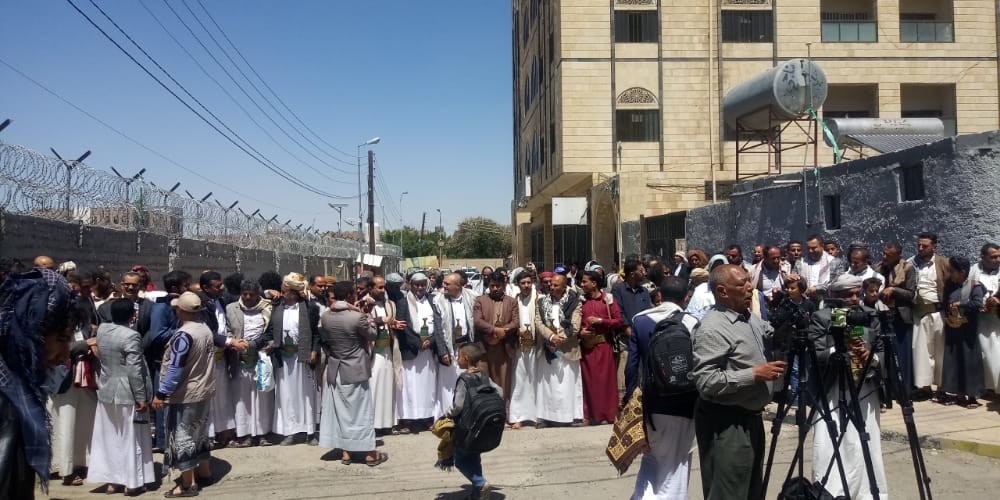 The employees of the Yemeni Petroleum Company renewed their condemnation of the continuing acts of piracy and the prevention of fuel ships from entering the port of Hodeidah.

They affirmed, in a protest stand in front of the United Nations office in Sana’a, that the aggression’s continued its violation of norms, charters, international and humanitarian laws and human rights law.

The director of YPC, Ammar Al-Adhrai, confirmed that the fines of three fuel vessels that were withdrawn by the exporting companies amounted to six million dollars.

During the protest, Al-Adhrai said that the US-Saudi forces are still holding five ships loaded with diesel and gasoline and are preventing them from reaching the port of Hodeidah, despite obtaining the permits of United Nations.

He held the United Nations and the coalition forces responsible for the impact of this act of piracy.

In addition, a statement issued by the trade union committees of Yemeni YPC condemned the continuing acts of piracy against fuel ships and the complicity of the international community and UN agencies which is contrary to all international and humanitarian laws and conventions.

The statement appealed to the international community and humanitarian agencies to quickly intervene to save the humanitarian situation in Yemen.

President Al-Mashat: The September 21 Revolution born from the suffering of the…