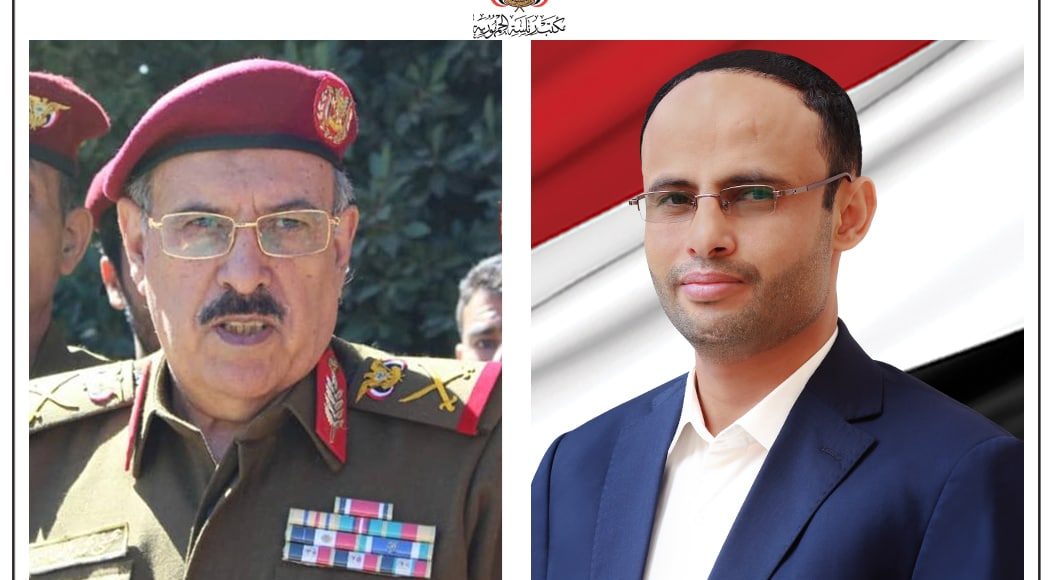 Yemeni President offers condolences on the death of Yemeni official

His Excellency Field Marshal Mahdi Al-Mashat, the Chairman of the Supreme Political Council, sent a message of condolences on the death of Major General Yahya Muhammad al-Shami, Assistant Supreme Commander of the Armed Forces, after a life full of work and giving in the service of the homeland and the armed forces.

In the telegram of condolences sent to the brother of the deceased, Judge Mutahar Muhammad al-Shami, a member of the Supreme Court, and the children of the deceased, Sadiq, Idris, Ibrahim, Youssef, and Issa, the President praised the deceased’s virtues and national roles. He was one of the prominent leaders who contributed an effective role in improving the administrative and military work and one of the statesmen who worked through their lives with sincerity and dedication.

He pointed out that the deceased al-Shami was one of the military leaders who knew their dedication to serving the country and was an example of a successful leader in carrying out all the tasks assigned to him in all the positions he held, the last of which was assistant to the Supreme Commander of the Armed Forces.