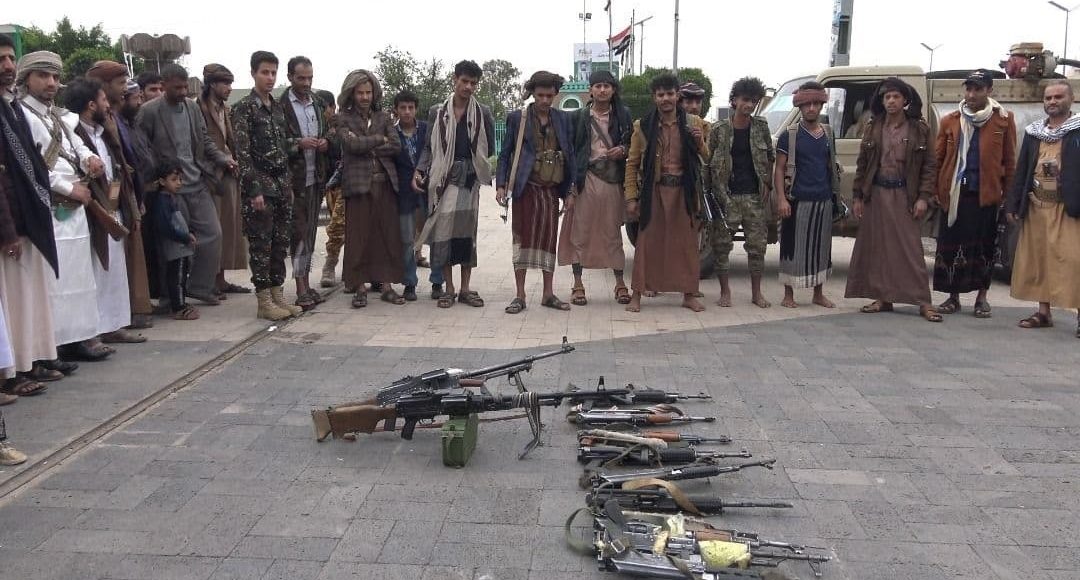 Six return to the capital, Sana’a, including two leaders

Today, the National Center for Returnees in Sana’a received six recurited men who returned to the national line with their weapons from a number of aggression camps in the border areas, among them the leaders of al-Raud and al-Sawah Brigades in the so-called “Al-Tawhid” Major Zulfiqar Hashem Al-Junaid and Major Mujahid Abdullah Naji.

During the reception, a number of dignitaries who met them asserted that the aggression had failed to achieve any of its agenda and ambitions in our country .They called on those who still bet on the aggressors to take advantage of the general amnesty decision and return to the homeland.

On their part, the returnees expressed their gratitude to the higher revolutionary, political and military leadership for issuing a general amnesty decree for all who wish to return to the national line .They explained that the occupiers have lost confidence in all those who deceived them and are treating them badly and waiting for the hour of their salvation.

13 Air strikes on Marib, and 139 violations recorded in Hodeidah