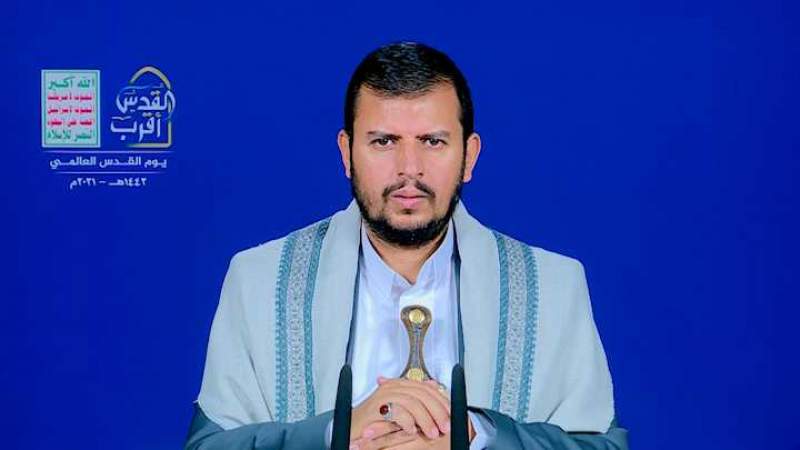 Sayyed. al-Houthi affirms the steadfast attitude in supporting the Palestinian people ,calls for an honorable participation in the Jerusalem Day rallies

Sayyed Abdul-Malik Badr Al-Din Al-Houthi affirmed our steadfastness in our faith stance in supporting the Palestinian people and standing with the free people of our nation and the axis of resistance in seeking to purify the nation and liberate the sanctities .In addition, he also affirmed our stand with all the peoples of our nation in all its issues and oppression.

Sayyed Al-Houthi called on the masses of the Yemeni people to actively participate in the marches, expressing his hope the presence this year will be as in all past years. A presence that expresses the authentic Quranic affiliation to our people , indicating that our people were Prominent, honest and serious in his attitude and had a prominent and well-known presence on the International Jerusalem Day.

Al-Sayyid said: Our dear people are bothering the Israeli enemy.They feel so due to its developing its military abilities because it comes with consciousness and fixed attitude.He indicated that the attitude of the Yemeni people is not changed by pressures and the aggression of agents and traitors. Therefore, they was prominent, honest and serious in their attitude on all past occasions.