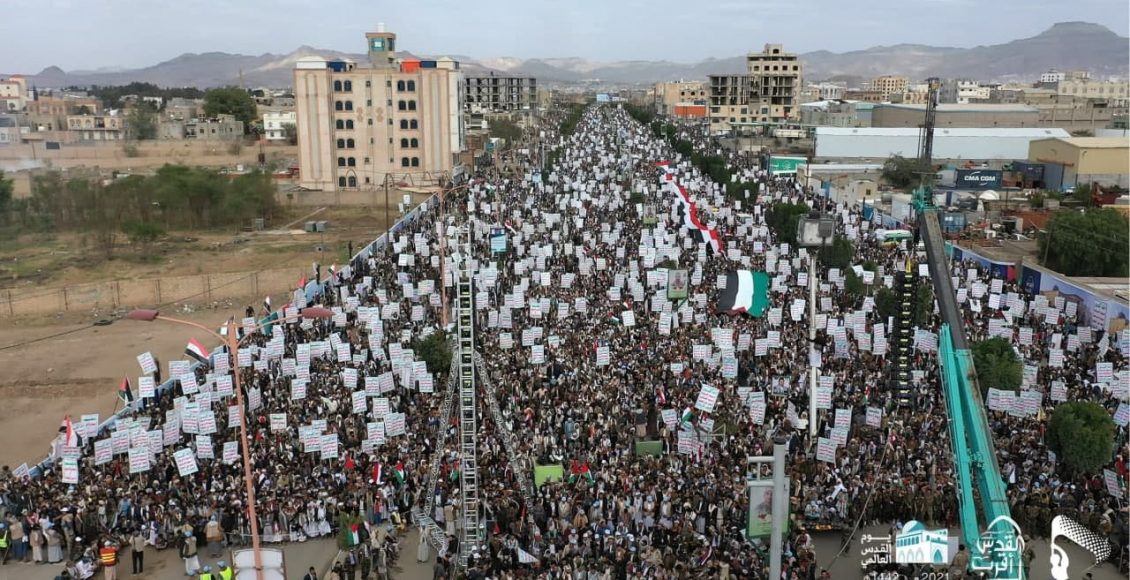 On Friday afternoon, the capital, Sana’a, witnessed a mass rally attended by hundreds of thousands who came from various directorates and some governorates to mark the International Jerusalem Day.

The mass crowds at the march raised Palestinian flags and banners confirming the Yemeni people’s support for the central cause of the nation Palestine and its connection to Al-Aqsa, and that International Jerusalem Day is a day for mobilization.

They confirmed that the Yemeni people are ready to sacrifice for the sake of liberating Jerusalem and Islamic sanctities and standing by the Palestinian people and their just cause until the realization of their independent state with Jerusalem as its capital.

They also affirmed that International Jerusalem Day is a day of victory for the main Arab and Islamic cause, and a day when peoples remember their Palestinian cause. In addition, they stressed the need for Arabs and Muslims to have a strong and clear stance towards what the enemies of Allah and the nation, America and Israel, are doing.