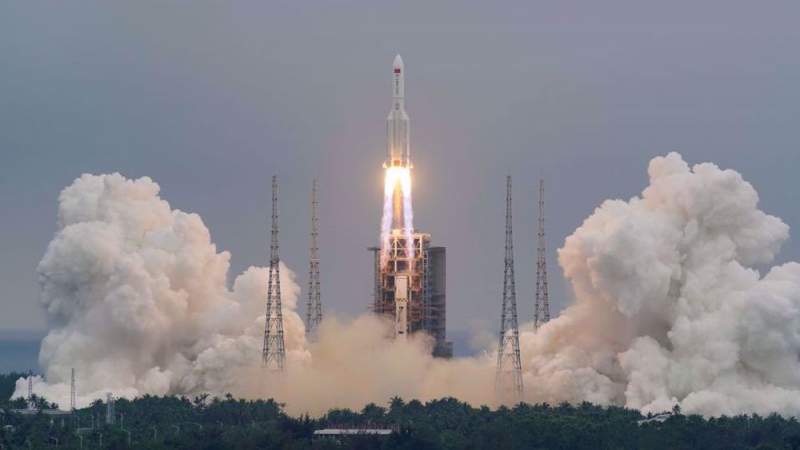 The Pentagon says it is tracking a large Chinese rocket that is “out of control” and expected to plunge back through the atmosphere this weekend.

According to a statement from Defense Department spokesperson Mike Howard, the Chinese Long March 5B rocket is set to reenter Earth’s atmosphere “around May 8.”

On Thursday, US Defense Secretary Lloyd Austin said the Pentagon, at this point, has no plan to shoot down the remnants of the rocket.

The rocket, which blasted off from China’s Hainan island on April 29, helped launch Tianhe, the core module in China’s new, next-generation space station.

The space base is slated to be completed late in 2022 to serve as a scientific research outpost for China over the next decade. Also, it will be the only other operational space habitat outside of the International Space Station.

Howard said that the rocket’s “exact entry point into the Earth’s atmosphere” cannot be pinpointed until within hours of reentry, adding, but daily updates on the rocket’s location will be provided by the 18th Space Control Squadron through the Space Track website.

Austin also said the hope was the rocket would land in the ocean, but there are concerns given its large size — 22 tons – and the possibility that its large parts could reenter and cause damage if they hit inhabited areas.

Meanwhile, the Global Times, a Chinese tabloid published by the official People’s Daily, characterized as “Western hype” reports that the rocket is “out of control” and could inflict damage.

The situation is “not worth panicking about,” it said, citing industry insiders.

Jonathan McDowell, an astrophysicist at the Astrophysics Center at Harvard University, also told CNN that the situation is not worrying.

“I don’t think people should take precautions. The risk that there will be some damage or that it would hit someone is pretty small — not negligible, it could happen — but the risk that it will hit you is incredibly tiny. And so I would not lose one second of sleep over this on a personal threat basis,” he said.

Sayyed. al-Houthi: The Israeli enemy’s battle with us is comprehensive, and based on stripping us of the power elements