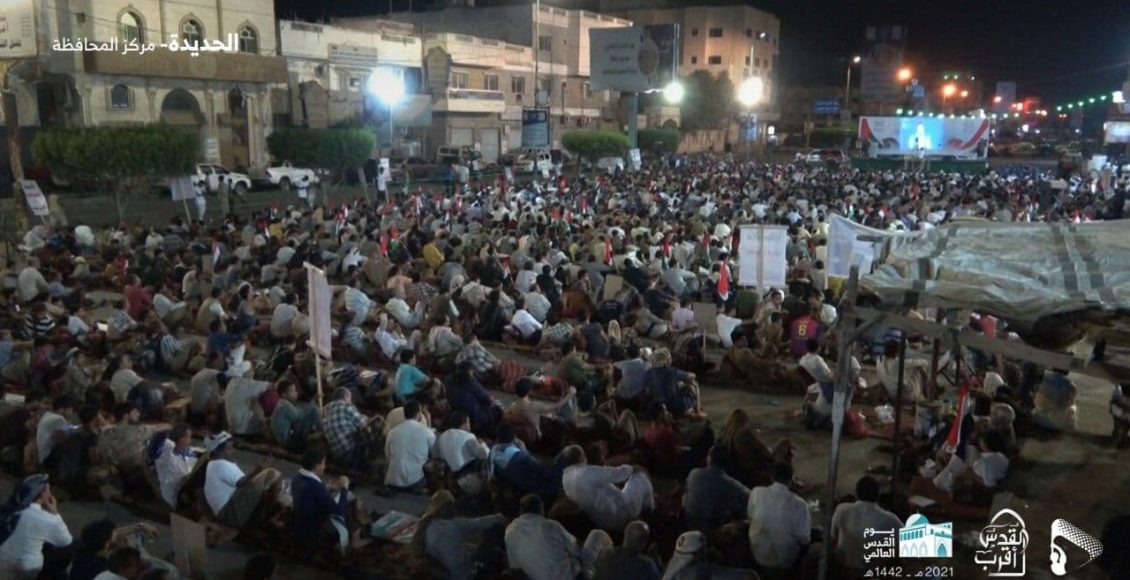 Thousands of people, in Hodeidah governorate, gathered in four squares in al-Madena and the eastern, southern and northern squares, on the occasion of International Quds Day.

The participants in the marches organized under the slogan (Al-Quds is closer) raised the flags of the State of Palestine, confirming that the Palestinian cause will remain the first and central issue for the Yemeni people and the nation.

The participants emphasized that the celebration of International Quds Day is an affirmation of the unity of the nation towards the Palestinian cause and directing the compass of hostility towards the Zionist enemy that usurped the Islamic lands and holy sites in Palestine.

They also renewed their stand with the Palestinian people, their grievances and their right to defend their lands until their liberation from the occupation.

The participants called on the Palestinian forces and factions to achieve national reconciliation, unity of ranks and cohesion of the home front to confront the Israeli enemy.