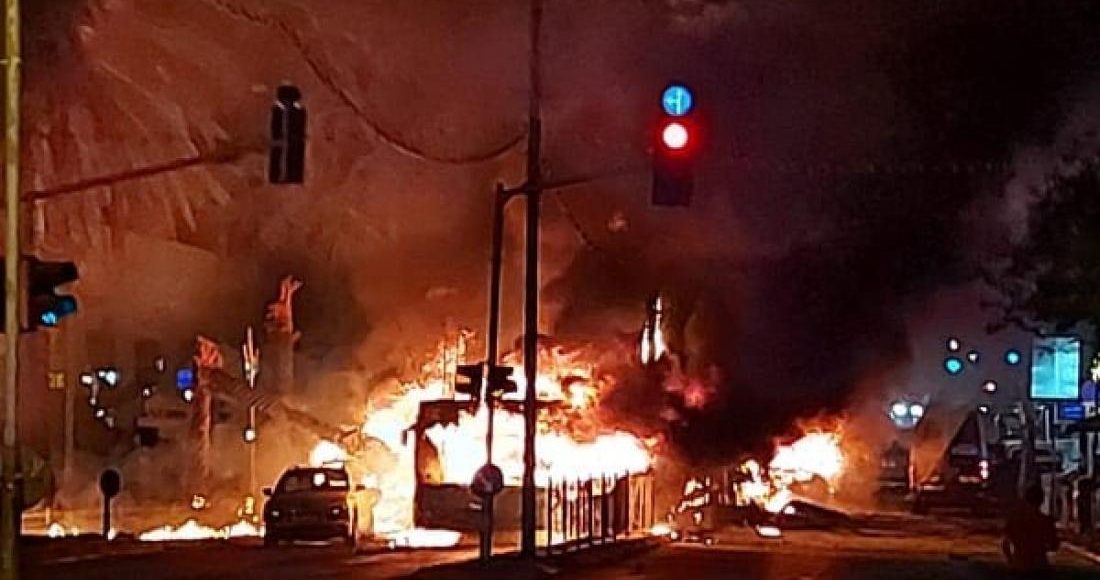 Hebrew sources revealed that three Zionists were injured, while a Zionist bus was damaged after the shelling of the resistance targeting the city of “Tel Aviv”.

The cities of the Israeli enemy were subjected to the largest missile strike since the beginning of the conflict. Al-Qassam Brigades bombed enemy cities with 130 missiles.

Sirens sounded in Tel Aviv, Rishon LeZion, and Bat Tikva, and all the settlements, while the Israeli army demanded that the settlers of Jerusalem stay near the shelters.

Largest missile strike,with 130 rockets, on to Tel Aviv ,its environs,

Sayyed. Abdul-Malik Al-Houthi calls for a donation campaign to support the Palestinian people, it sets the donation account numbers