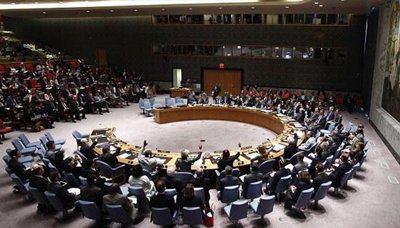 For 3rd Time, US Obstructs Statement by UNSC for Ceasefire in Palestine

For the third time, the US obstructed the issuance of a joint statement by the UN Security Council calling for a ceasefire between the Palestinian resistance and the Israeli enemy entity.

Media outlets quoted diplomatic sources, on Monday, saying that the United States justified its position that more time should be left for its diplomatic efforts.

It is not the first time that the United States obstructs it. In every decision condemning the Zionist entity and in favor of the Palestinians, Washington strongly opposes it and works to obstruct it.

Since the tenth of this month, the Zionist enemy has launched raids and intense bombardment on the Gaza Strip, resulting in hundreds of martyrs and thousands of wounded, and destroying civilian residential buildings, government headquarters, Palestinian and foreign media headquarters and infrastructure.

A report reveals crimes, violations committed against the people in occupied southern governorates