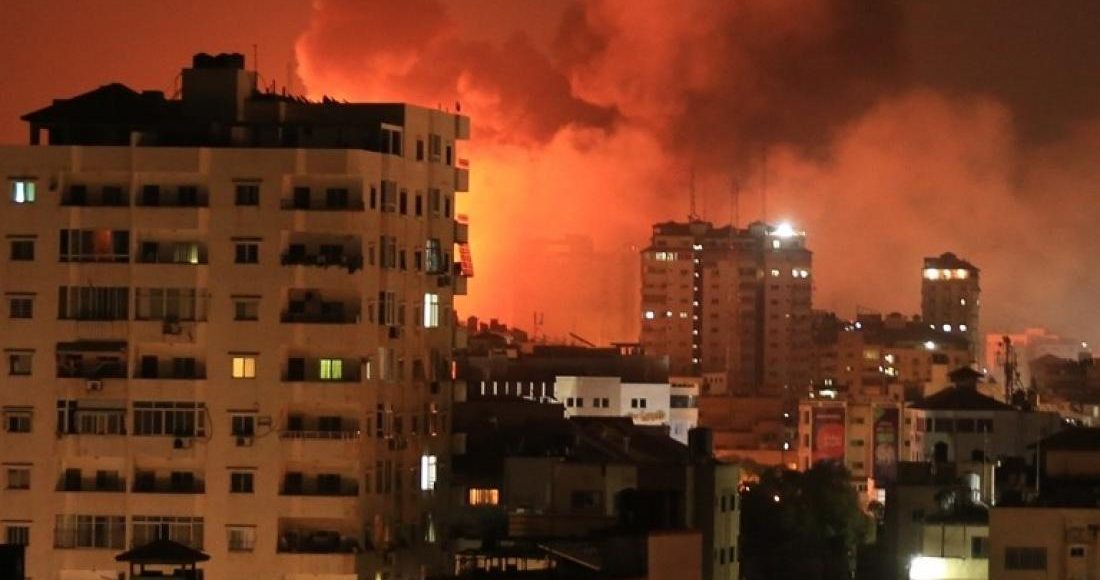 The Israeli occupying forces in the early hours of Monday launched heavy shelling of various parts of the Gaza Strip.

In less than 10 minutes, the Israeli fighter jets have targeted different areas of the Gaza Strip with nearly 60 airstrikes, according to news agencies.

The Gaza Strip is facing a humanitarian disaster, including Israel’s 14-year blockade of 2 million Palestinians, most of whom live in extreme poverty and unworthy conditions.

Video footage circulated by Palestinian media showed the sky of Gaza illuminated by the large explosions caused by the shelling, and flames rising to reach the sky

A mass rally in the capital, Sana’a, in support of the Palestinian people ,their resistance