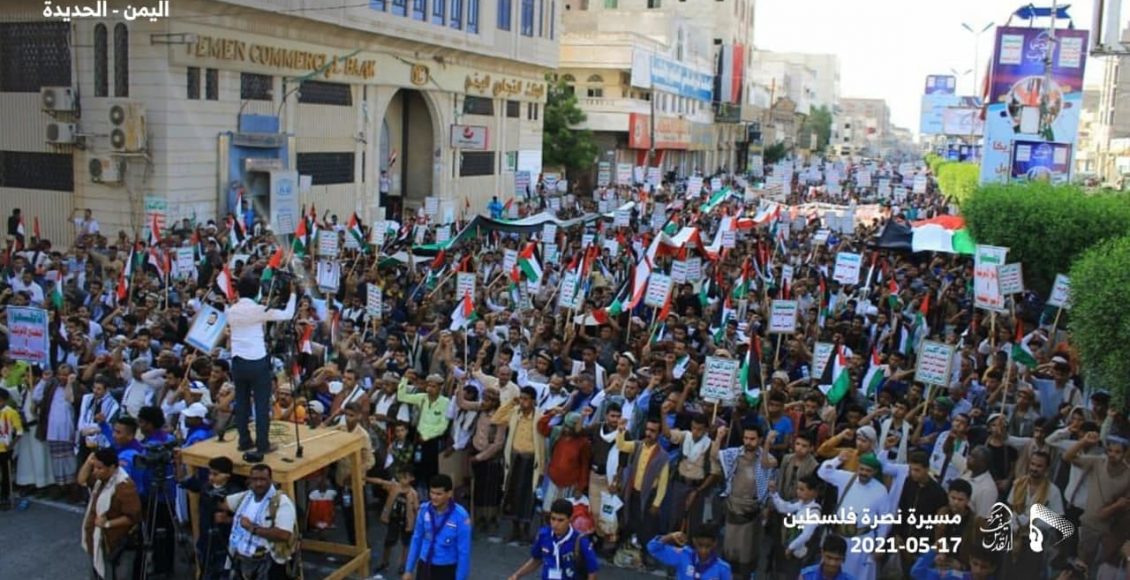 Hodeidah’s people rallying in support of the Palestinian cause ,resistance ,the sanctities of the nation

Today, Monday, the city of Hodeidah witnessed a mass rally in solidarity with the Palestinian people and their just cause under the slogan “Supporting Palestine March ”.

The participants raised banners and chanted slogans denouncing the crimes of the Zionist enemy and affirming the firm position to support the Palestinian cause, the Palestinian resistance and the sanctities of the nation.

In the march, Yemeni officials stressed that their gathering is a message to the nation’s enemies that shows their solidarity with Palestine and their support for the people and the Palestinian resistance.

They said, “The participating crowds in the march went out today to say their word and announce their position on the battle of the Sword of Jerusalem to defend the land of Palestine and the nation’s sanctities with money and lives until its liberation.”

They called on the regimes that normalized with the Zionist enemy to consider the results of normalization today in Gaza and the occupied Palestinian territories and the horrific massacres it commits against the Palestinian people.

A mass rally in Hajjah in support of Al-Aqsa ,Palestine

16 Air strikes on Marib, and 138 violations recorded in Hodeidah