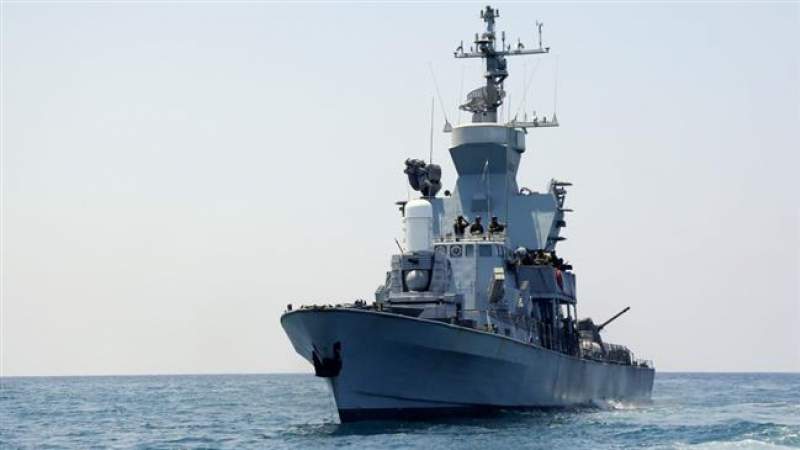 Palestinian resistance fighters have targeted an Israeli military vessel off the coast of the Gaza Strip as the Tel Aviv regime continues its bombardment of the besieged enclave and the violence enters a second week with no sign of an end to the hostilities, despite growing international concern.

The Ezzedine al-Qassam Brigades, the military wing of Hamas resistance movement, announced in a statement on Monday afternoon that an Israeli battleship had been hit off the coast of the Gaza Strip, with a barrage of missiles, the Arabic-language Palestine al-Aan news agency reported.

The statement added that the missile attack came after the Israeli military launched fresh series of air raids on the Gaza Strip early on Monday.

The al-Qassam Brigades highlighted that it had renewed shelling Erez kibbutz in the southwestern part of the Israeli occupied territories, which lies just one kilometer north of the Gaza Strip, and Hatzerim Israeli Air Force Base on the western outskirts of the Israeli city of Beersheba.

Meanwhile, the Islamic Jihad resistance movement stated that the ongoing battle in the face of the Israeli aggression against the Gaza Strip has achieved “major goals,” emphasizing that the Palestinian resistance front “insists on achieving victory for al-Quds.”

It said in a statement on Sunday that Israeli US-made F-35 fighter jets pounded the Gaza Strip whilst horrified civilians were sleeping at their homes.

The Islamic Jihad highlighted that the strikes were conducted after Palestinian resistance fighters inflicted heavy losses on the occupied lands which took Israeli officials off guard.

The Palestinian resistance movement went on to say that the Operation al-Quds Sword “will take revenge for the killing of children at the hands of terrorists, who deprived Palestinians of the happiness of Eid al-Fitr, and attacked holy sites during the holy month of Ramadan.”

The statement underlined that Israeli air raids against civilian facilities and residential buildings are “clear proof of the systematic terrorism by the Israeli enemy’s …. army.”

The Islamic Jihad finally decried Washington’s stance vis-à-vis the Tel Aviv regime’s acts of aggression against Palestinians, stressing such an approach “has provided a cover-up for Israel’s atrocities and violations, and made the United States complicit in the regime’s hostilities.”

Meanwhile, Hamas resistance movement warned on Monday that it will resume missile attacks on the Israeli capital, Tel Aviv, if the regime continues its airstrikes against residential areas of Gaza.

The warning was announced by Abu Ubeida, the spokesman for the movement, after Israeli warplanes targeted a residential tower in Gaza City, killing two Palestinians and injuring 10 others.

The Electricity Distribution Company of Gaza announced on Monday that Israeli warplanes have destroyed the main power lines supplying electricity to the people of the Gaza Strip, leaving homes and service establishments without electricity.

According to Wafa news agency the company’s statement added that a wide sector of the electricity distribution network of the Gaza Strip has been destroyed as a result of the Israeli aggression, causing losses amounting to millions of dollars.

According to the company, there are five main transmission lines that have been disrupted since the beginning of the Israeli aggression while the remaining lines are constantly disrupted and out of service by Israeli attacks.

The company warned against shutdown of the power station due to the closure of the Karam Abu Salem crossing through which fuel needed for the Gaza power plant crosses.

Separately, the Palestinian Journalists Syndicate (PJS) has warned of “terrible massacre” that Israel plans against journalists, after a building that housed international media offices in the Gaza Strip, including Al Jazeera, was hit by an Israeli air raid.

The PJS called on the United Nations Secretary General Antonio Guterres to immediately intervene and ensure protection for journalists, who could be the victims of “war crimes” or even direct targeting.

The syndicate highlighted that Israeli forces have committed more than 100 violations against members of the press, adding that the bombing of the al-Jalaa building is a clear and blatant targeting of journalists, who report on Israel’s crimes against Palestinian children and civilians.

The PJS also noted that Israeli troops have assaulted journalists across the occupied West Bank by directly firing rubber-coated and live bullets, teargas canisters and stun grenades at them.

The syndicate then warned against “terrible massacre” of Palestinian journalists at the hands of Israeli military forces.

The daily targeted attempts by Israeli soldiers and settlers against journalists clearly show that the Tel Aviv regime’s authorities are planning to commit more crimes to prevent media coverage of the ongoing military operation against the Gaza Strip and hide their atrocities from the entire world, the PJS pointed out.

Tensions escalated in Jerusalem al-Quds, the occupied West Bank and Gaza amid the planned expulsion of dozens of Palestinians from Sheikh Jarrah neighborhood, where illegal Israeli settlers are looking to take over the properties of Palestinian families.

At least 200 people, including 59 children, have been killed in the Gaza Strip since the latest violence began a week ago. More than 1,300 Palestinians were also wounded.

The UN Security Council met on Sunday to discuss the violence but failed to agree on even a joint statement of concern.

China said it was the United States that obstructed the council from speaking “with one voice.”

“Regrettably, simply because of the obstruction of one country, the Security Council hasn’t been able to speak with one voice,” Chinese Foreign Minister Wang Yi said during the virtual meeting. “We call upon the United States to shoulder its due responsibilities of taking a just position.”