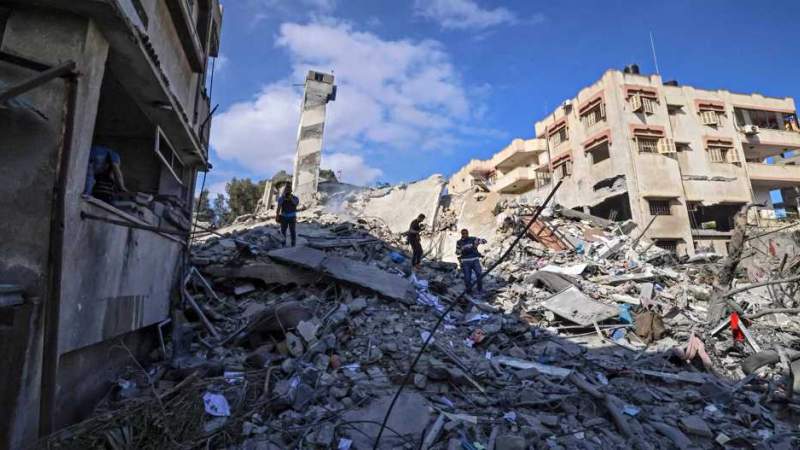 The United Nations (UN)’s Office for the Coordination of Humanitarian Affairs (OCHA) says the Israeli regime’s ongoing onslaught on the besieged Gaza Strip has left more than 52,000 Palestinians displaced and nearly 450 buildings destroyed or badly damaged in the coastal enclave.

Jens Laerke, a spokesman for the UN humanitarian agency in Geneva, told reporters on Tuesday that Israeli strikes had forced more than 52,000 Palestinians to abandon their homes in Gaza, with 47,000 of the displaced people seeking shelter in 58 UN-run schools in the besieged area.

Laerke said 132 buildings had been destroyed and 316 had been severely damaged, including six hospitals and nine primary healthcare centers as well as a desalination plant, affecting access to drinking water for about 250,000 people.

The OCHA spokesman underlined that the UN agency and its humanitarian partners were trying to provide food and other assistance to displaced families in Gaza, while calling on the Israeli regime to open a border crossing for humanitarian supplies to the besieged coastal enclave.

The World Health Organization has already raised the alarm about a severe shortage of medical supplies, a risk of water-borne diseases, and the spread of COVID-19 among the displaced people in the Gaza Strip.

Moreover, Amnesty International said in a statement on Tuesday that Israeli forces had displayed a shocking disregard for the lives of Palestinian civilians by targeting residential buildings in air raids, which it said might amount to war crimes or crimes against humanity.

The London-based organization also called on the International Criminal Court (ICC) to urgently investigate the Israeli attacks in the Gaza Strip.