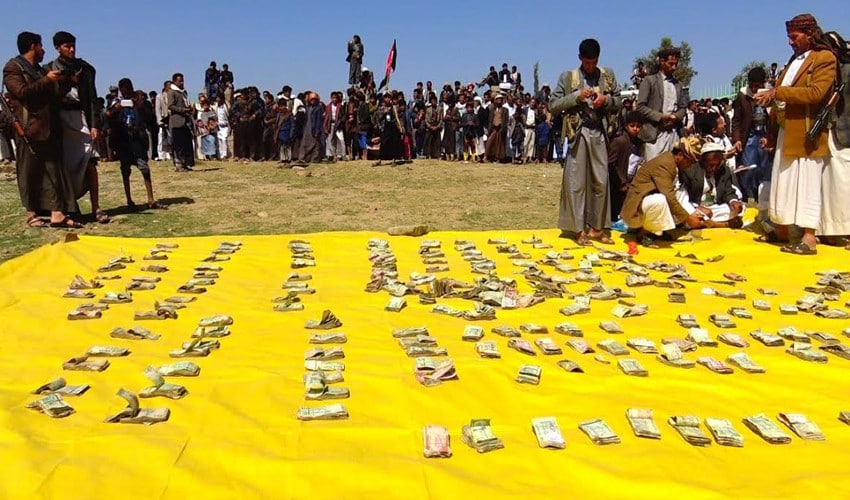 The sons of Khawlan bin Amer in Haydan District, Saada governorate, today, Tuesday, presented a large financial convoy in support of the Palestinian people and resistance in facing the Zionist aggression under the slogan “Jerusalem is closer”.

In conjunction with the advance of the convoy, a stand was organized, in which they emphasized that the convoy came in response to the call of the leader of the revolution, Sayyed. Abdul Malik Badr al-Din al-Houthi, to support Palestine and the steadfastness of the resistance.

The governor of the governorate, Muhammad Baydan, indicated that the convoy is the least that can be done towards the Palestinian cause, which is the central and first cause of the nation.

A statement issued by the stand praised the heroic stance of the Palestinian resistance factions in the face of the Zionist aggression.

The statement condemned the failure of the Arab and Islamic regimes towards supporting the Palestinian people and Islamic sanctities.

The sons of Khawlan bin Amer affirmed standing by Palestine as a people and resistance until victory and defeating the usurper Zionist enemy.

The director of Haydan Saleh Fadel, social figures, sheikhs, and notables of Khawlan bin Amer participated in the stand and convoy.

A dead and six wounded in two raiding attacks on Maran, Saada