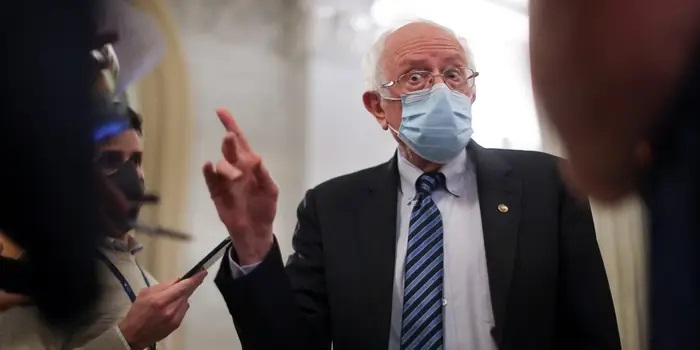 US Senator Bernie Sanders (I-Vt.) is preparing to introduce a resolution on Thursday disapproving of the US sale of $735 million in precision-guided weapons to the Zionist entity, according to a draft obtained by The Washington Post.

The resolution aims to halt the planned sale to the Zionist entity by the Biden administration of JDAMs, or Joint Direct Attack Munitions, and Small Diameter Bombs.

The resolution needs only a simple majority to pass the Senate; but if it were to be vetoed by President Joe Biden, it would need a two-thirds majority in both chambers to take effect.

“At a moment when US-made bombs are devastating Gaza, and killing women and children, we cannot simply let another huge arms sale go through without even a congressional debate,” Sanders said in a statement to The Post.

“I believe that the United States must help lead the way to a peaceful and prosperous future for both Israelis and Palestinians. We need to take a hard look at whether the sale of these weapons is actually helping do that, or whether it is simply fueling conflict.”

“For decades, the US has sold billions of dollars in weaponry to Israel without ever requiring them to respect basic Palestinian rights,” Ocasio-Cortez said in a statement. “In so doing, we have directly contributed to the death, displacement and disenfranchisement of millions.”