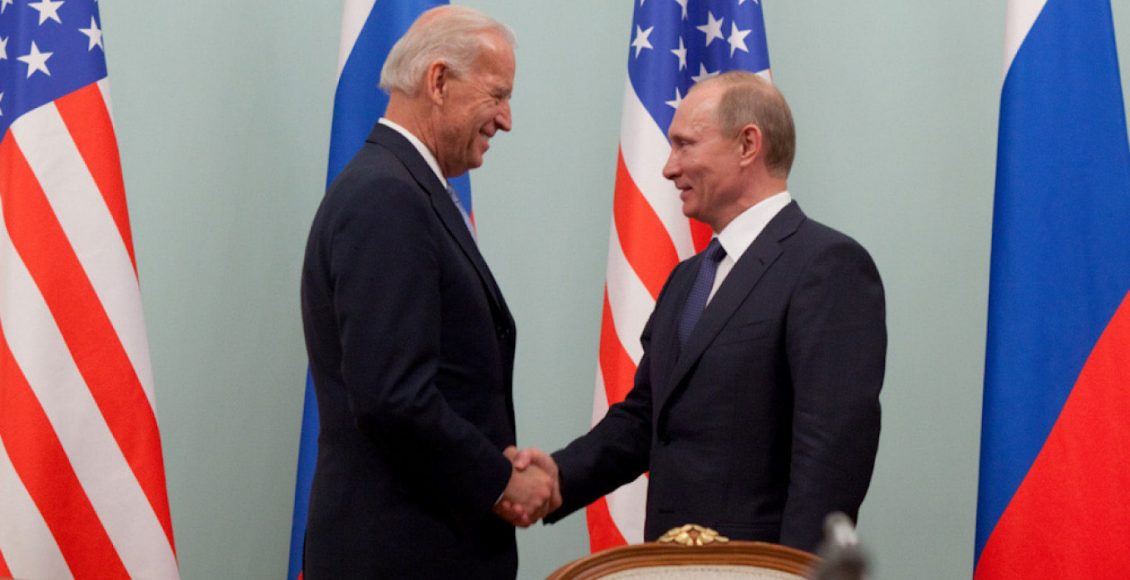 Putin and Biden Will Meet in Geneva on 16 June

Russian President Vladimir Putin and US President Joe Biden will meet in Geneva, Switzerland on 16 June, the Kremlin and White House confirmed on Tuesday.

“In accordance with the agreement reached, Russian President Vladimir Putin will hold talks with US President Joseph Biden in Geneva on June 16,” the statement released by the Kremlin says.

According to the White House statement, the two presidents will focus on the most important issues concerning bilateral relations.

Swiss Foreign Minister Ignazio Cassis confirmed the meeting between Biden and Putin on 16 June in Geneva and noted that his country was committed to dialogue and diplomacy.

Biden is scheduled to attend a NATO summit in Brussels on 14 June and will also visit the UK.

Earlier this month, the US President said that he is going to discuss with Putin the recent cyberattack against Colonial Pipeline, which caused fuel shortages along the US East Coast. Washington noted that Moscow bears “some responsibility” for the hackers collective named DarkSide who operating from Russian territory. At the same time, the Kremlin said that Moscow had nothing to do with the hacker group’s attacks.

The Biden administration recently expelled 10 Russian diplomats from the United States and imposed sanctions on 32 Russian entities and individuals as part of a new round of sanctions over Moscow’s alleged cyberattacks and other hostile acts against US interests.

Moscow has denied the allegations and said the latest US sanctions run contrary to the US administration’s rhetoric that it seeks a stable relationship with Russia.

Putin and Biden talked by phone for the first time on 26 January, shortly after Biden’s inauguration. They reached an agreement on the New START Treaty at that time, signing extensions in February.

The treaty, now set to expire on 5 February 2026, is the only arms control agreement between two countries that is still in force.

Yemeni President congratulates his Lebanese counterpart on the day of resistance ,liberation

Ethiopia Denounces As Unacceptable US Meddling in Its Internal Affairs

A protest stand in Al_Faqih Housr in Hodeidah, denouncing the burning of copies of…

Muhammad al-Houthi leads a mass rally in Dhamar, condemning the burning of copies of…