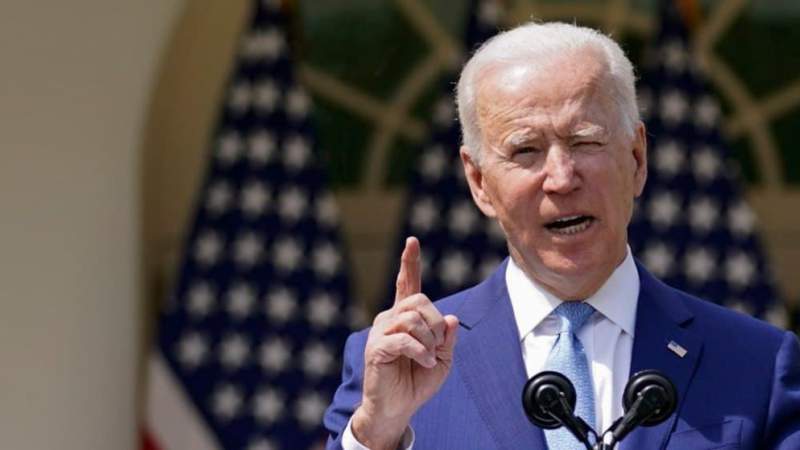 Biden ‘Does Not Care About Facts and Truth’ About Coronavirus: China

US President Joe Biden is playing politics by calling for an investigation into the origins of the coronavirus, the Chinese government has said.

Biden “does not care about facts and truth, nor is it interested in serious scientific origin tracing,” Foreign Ministry spokesperson Zhao Lijian said Thursday, The Associated Press reported.

The spokesperson also urged the Biden administration to be more transparent about how the virus spread in the United States.

“The U.S. side claims that it wants China to participate in a comprehensive, transparent, evidence-based international investigation,” Zhao said. “We would like to ask the U.S. side to do the same as China and immediately cooperate with the World Health Organization on origin tracing research in a scientific manner.”

The Chinese statement came after on Wednesday Biden ordered the US intelligence community to “redouble their efforts” to determine where the virus originated. He said that top US health officials were investigating whether it could have occurred naturally or came from a Chinese lab in Wuhan.

“As part of that report, I have asked for areas of further inquiry that may be required, including specific questions for China,” Biden said. “I have also asked that this effort include work by our National Labs and other agencies of our government to augment the Intelligence Community’s efforts. And I have asked the Intelligence Community to keep Congress fully apprised of its work.”

The development came after the conspiracy theory that the coronavirus emerged from the Wuhan Institute of Virology was again highlighted by US authorities and media outlets in an apparent bid to wage yet another probe into the origins of the deadly virus following the WHO mission to the Chinese city.

The so-called “lab leak” theory was first promoted by former US President Donald Trump and others.
The Chinese Foreign Ministry on Wednesday slammed the US for “spreading conspiracy theories and disinformation”.
Zhao described the US-led revival of the theory as “disrespectful” to the WHO investigation, insisting that the move amounted to “undermining of global solidarity to fight the virus.”

Calling on Washington to open its own virology facilities to scrutiny, the Chinese official then emphasized, “If the US really wants full transparency then it should, like China did, invite WHO experts to visit the US and investigate.”

The long-delayed report by WHO, by the team of international experts sent to Wuhan and their Chinese counterparts, drew no strong conclusions about the origins of the pandemic.

Instead, the WHO-led team pointed out that the virus most likely jumped from bats to humans via an intermediate animal. The expert report had initially emphasized that a theory involving the virus leaking from a lab was “extremely unlikely.”

The Wall Street Journal also claimed in its latest report on the matter that the Chinese researchers had collected samples seven years earlier from a mine in southwestern China, where miners contracted a mysterious illness from a new, bat-borne coronavirus.

The theory that the contagion had leaked from the Chinese lab was originally hyped up by, among others, Trump as part of his hawkish anti-China policies.

The pandemic has spread to nearly every country across the globe, killing more than 3.4 million people so far.

A WHO official said last week that the official death tolls from the COVID-19 are likely to be a “significant undercount”, and estimated that the true figure of direct and indirect deaths could be two to three times higher — at least 6 to 8 million deaths.

We discussed with the UN envoy ,his team the acceleration of the humanitarian agreement: Yemeni official

Yemeni President congratulates Syrian President on his victory in the elections

French Arms from 2016 Given to Saudi Arabia, the UAE, Used in Yemen