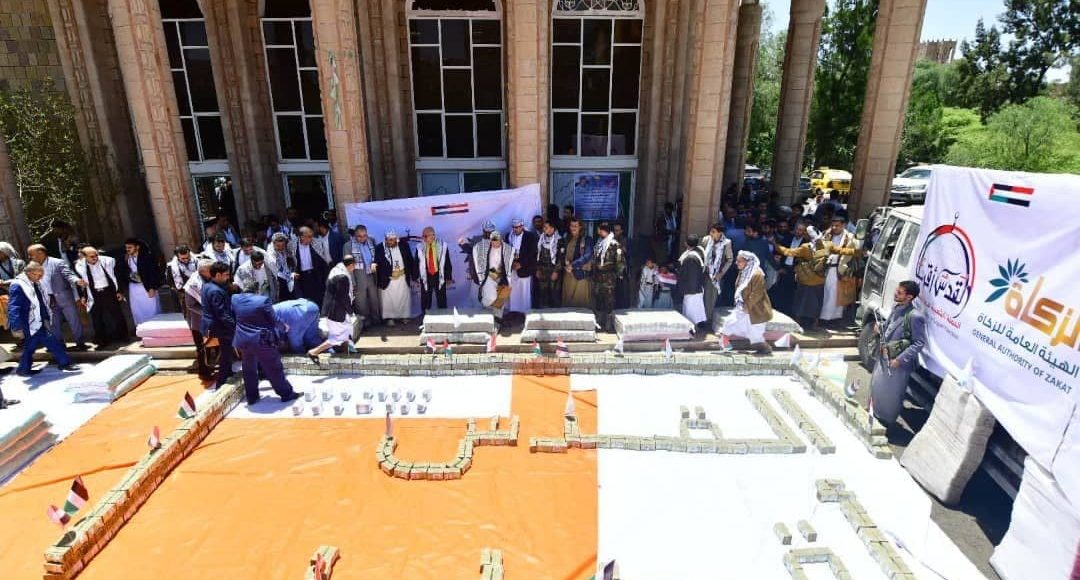 Today, Saturday, the General Authority for Zakat launched in Sana’a a campaign to support the Palestinian people and their valiant resistance, and a cash aid project for the ambassadors of Al-Aqsa from the people of Palestine in Yemen, with a total amount of one billion and 14 million and 100 thousand riyals in response to the call of the Leader of the Revolution.

In turn, Deputy Prime Minister for Defense and Security Affairs Lieutenant-General Jalal Al-Ruwaishan stressed that the relationship between Sanaa and Jerusalem and between Yemen and Palestine is deeply rooted in history, so Yemenis are more committed and responsible in supporting Jerusalem and Palestine.