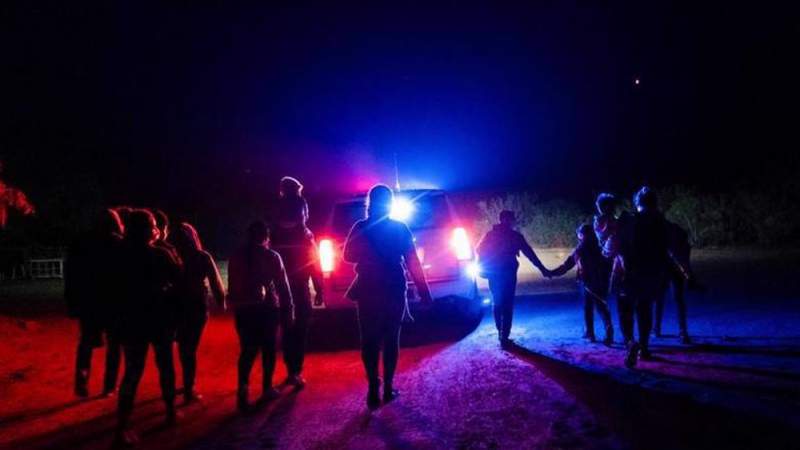 Texas Republican Gov. Greg Abbott has issued a disaster declaration along or near the Lone Star State’s border with Mexico in response to an “ongoing surge” of illegal immigrants.

“President Biden’s open-border policies have paved the way for dangerous gangs and cartels, human traffickers, and deadly drugs like fentanyl to pour into our communities,” he said.

“Meanwhile, landowners along the border are seeing their property damaged and vandalized on a daily basis while the Biden Administration does nothing to protect them.”

Since March 6 of this year, more than 1,300 criminals have been apprehended, over 35,000 illegal migrants arrested and more than 10,000 pounds of drugs and over 100 firearms seized by Texas Department of Public Safety troopers, he noted in the declaration.

Between January and April, troopers had intercepted “21.5 million lethal doses of fentanyl,” he added.

“Texas continues to step up to confront the border crisis in the federal government’s absence, but more must be done,” he concluded.

After assuming office, Biden issued a flurry of immigration-related executive decisions, including orders to end “extreme immigration enforcement”, and to preserve the Deferred Action for Childhood Arrivals (DACA) program, which gives work permits and protection from deportation to people brought illegally to the US as minors.

The Democratic president also halted construction of his predecessor Donald Trump’s Mexico border wall and ordered an end to “Remain in Mexico” policy, under which tens of thousands of asylum applicants were awaiting rulings in Mexico.

The decision led to an influx of refugees and migrant children from South and Central America to the southern US border in recent weeks.

Abbott, who has been one of the most persistent critics of the Biden administration on the issue of illegal immigration, accused the president last month of abandoning “the rule of law” at the Texas border.

“Our state legislature, they allocated about $800 million every two years for the state to pay for this [border security],” Abbott told Fox News’ “Sunday Morning Futures” on May 2.

He has also accused the Biden administration of “releasing immigrants in South Texas that have been exposing Texans to COVID.”

However, a Texas mayor said out of 1,800 migrants who tested for COVID-19, only 108 migrants tested positive for the virus, a positivity rate of 6.3%, which is lower than that of the state.

His claims of infected migrants came as he ended a mask mandate and other COVID-19 restrictions in Texas early in March, prompting Biden to say, “The last thing we need is Neanderthal thinking.”

Gaza Made Qualitative Historical Step in History of Conflict with Israel