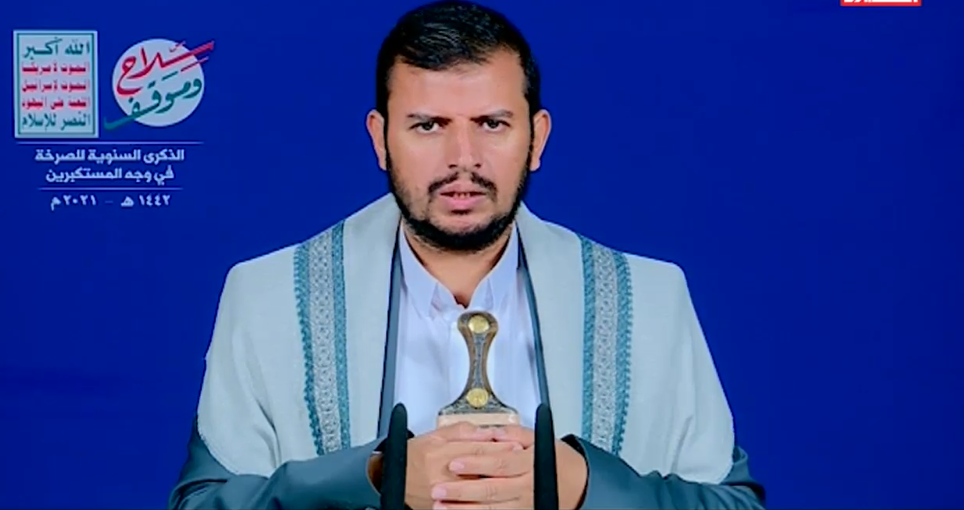 The Leader of the Revolution, Sayyed. Abdulmalik Badr al-Din al-Houthi, affirmed that the path to peace is clear and is achieved by stopping the aggression, lifting the siege and ending the occupation.He pointed out that the aggression forces did not make any concessions, and what we want is to stop the aggression and lift the siege.

In his speech today, Thursday, on the anniversary of Sarkhaha (cry) in the face of the arrogant 1442 AH, the Leader explained that asking our people to stop confronting the aggression means accepting surrender.He pointed out that our people are suffering to obtain oil derivatives because the aggression forces want them to suffer.

Sayyed also made it clear that we are oppressed people and in the same we are very fair, our demands are right .They are that they should stop the aggression because they are the ones who are fighting us and occupying a large part of our land and besieging our country with the support of the US, Israeli and British.

Sayyed. Abdulmalik Al-Houthi: We are part that threat against Jerusalem means a regional war

The Leader: The Qur’anic project wise ,influential, and embarrasses the enemy