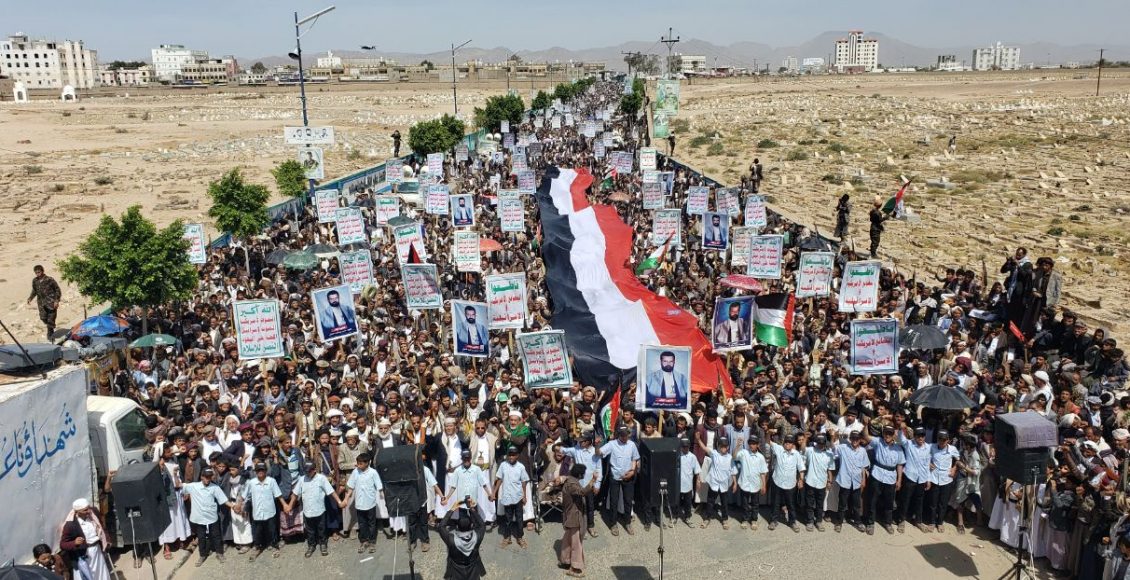 Today, Friday, three mass rallies took place in Saada governorate in the city of Saada and the districts of Haidan and Razih on the occasion of its anniversary against the arrogant 1442 AH.

In the central march that took place in the city of Saada and was presented by the leadership of the local authority and scientific, military, security and social figures, the participants chanted it.

The governor of Saada, Mohammad Jaber Awad, explained in his speech the greatness of the Quranic project in raising the nation and advancing it in all fields to be able to face all challenges and dangers.

He called on merchants to activate the boycott of American and Israeli goods and products, and urged the community to pay attention to and support summer centers and actively contribute to their success so that they can be benefited from.

He also referred to the duty of our people to confront the aggression and to supply the fronts with money and men to compel the enemy to stop its aggression.

He stressed that the Yemeni people are ready to be, as the Leader emphasized, an integral part of the Jerusalem equation launched by Nasrallah.

Yemeni official criticizes the attitude of the Security Council ,holds it responsible for the humanitarian catastrophe in Yemen