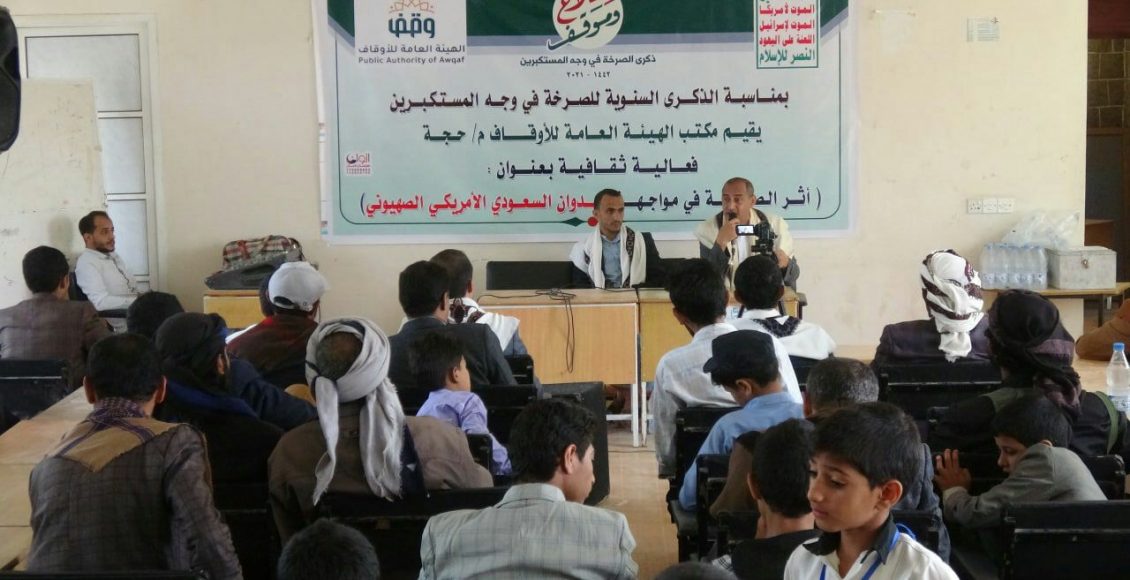 Today, Monday, the Education Office and the Educational Unit in Ibb governorate , the General Authority for Endowments and the Department of Scholars and Learners for Ansarollah, the Women’s Authority of Ansarollah in Raymah governorate and the office of the General Authority for Endowments in Hajjah organized in Sana’a organized a cultural symposium on the anniversary of al-Sarkhah (the ) cry against the arrogant.

In the symposium, Yemeni officials indicated that it has become a force in the face of the nation’s enemies.

They stressed the importance of adhering to the Quranic project founded by leader the martyr Sayyed Hussein Badr al-Deen al-Houthi and working to consolidate faith identity and consolidate Quranic culture in the community.

They also considered the slogan a decisive way to confront the enemies of the nation and sow terror in them, urging a boycott of American-Zionist goods.

They called on parents to push their children to enroll in summer centers because of their role in developing their skills, providing them with correct knowledge and concepts, and immunizing them from any false cultures.

Three working papers were presented . In the first, they dealt with its first premises of and the meanings of its vocabulary, while the second paper presented touched on the importance of the slogan and its effects in confronting the enemies.

The third paper focused on the importance of the economic boycott as an attitude and weapon in the face of America and Israel.