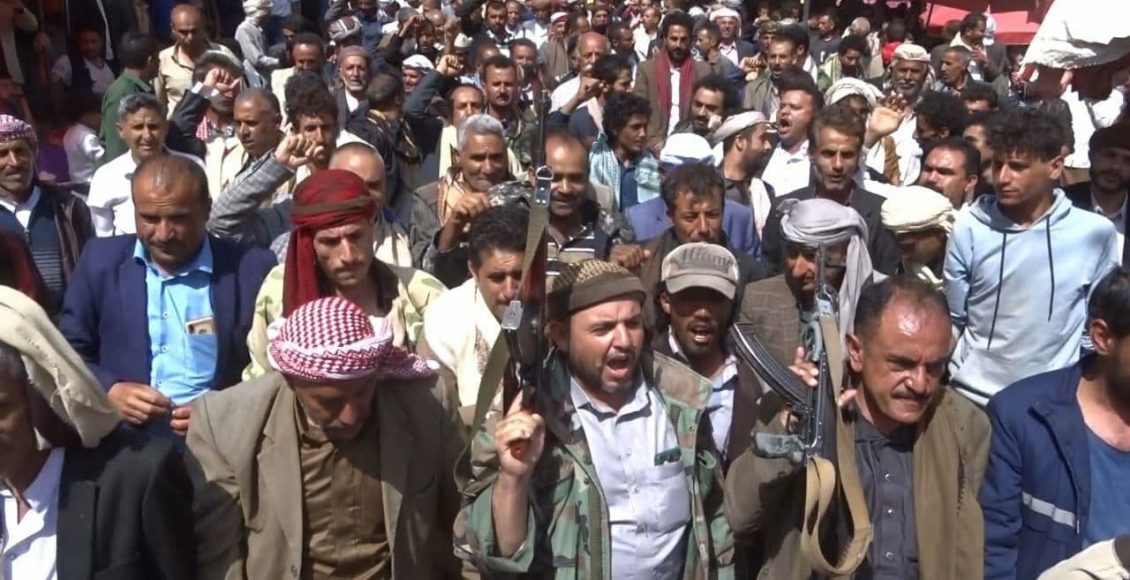 A mass rally, in Ibb, to commemorate the anniversary of al-Sarkhah (Ansarallah slogan)

A mass rally was held in Al-Seddah district, Ibb governorate, on Monday, to commemorate the anniversary of the al-Sarkhah (Ansarallah slogan), the cry against the arrogant.

At the rally, which was attended by the directorate supervisor Zaki Al-Tiri and members of the local authority, the participants stressed that the importance of this slogan is a declaration of innocence from the nation’s enemies and confronting the forces of arrogance and global tyranny.

They pointed out that this slogan united the nation, gathered its word, and resolved the inter-disputes that the enemies were keen to instill between the nation and its various currents.

In a statement, they stressed the importance of commemorating the anniversary of the cry, to renew loyalty and to continue the path of the Quranic project founded by Sayyed Hussein Badr al-Din al-Houthi.

The participants also renewed their adherence to this slogan as a practical approach and a great title for a great Quranic march, expressing their full and high readiness to continue steadfastly and confront the forces of aggression.