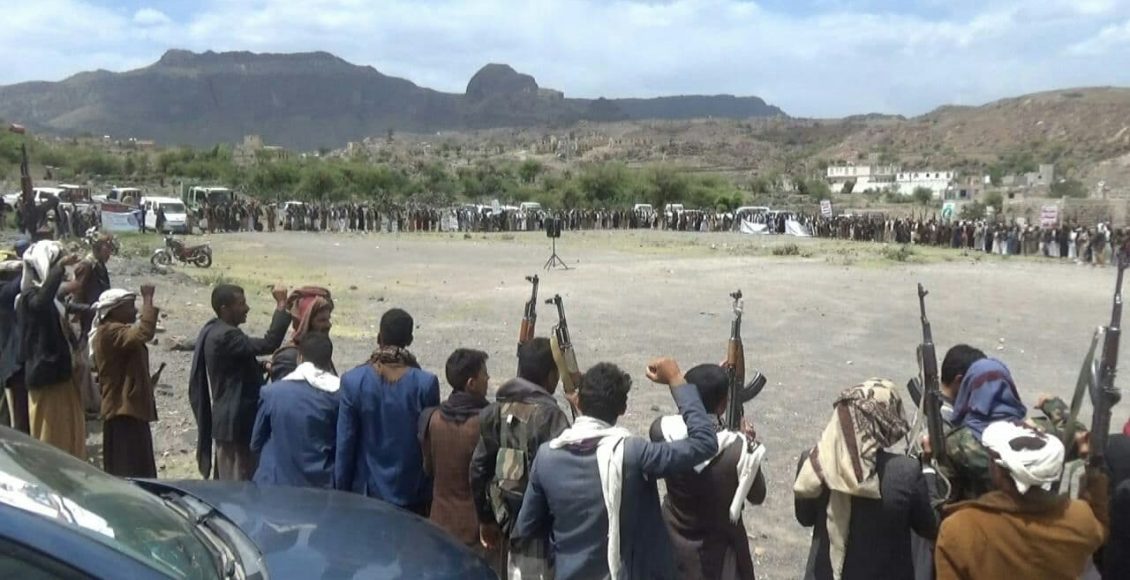 The people of Doran Anes district, Dhamar governorate, organized an armed tribal meeting on the occasion of the anniversary of the al-Sarkhah (Ansarallah slogan), the cry in the face of the arrogant under the slogan “Jerusalem is Closer.”

The participants in the meeting emphasized the continuation of movement within the Quranic liberation project and adherence to the Palestinian cause, regardless of the challenges.

The tribes also announced their support for the Palestinian resistance with everything necessary, providing sums of money in support of the Palestinians, stressing the inauguration of a new phase of confronting the aggression.

As well as to open the door to recruitment for all those who wish to fight the battle of liberation and independence for the Yemeni people and for all vulnerable peoples.

A mass rally, in Ibb, to commemorate the anniversary of al-Sarkhah (Ansarallah slogan)