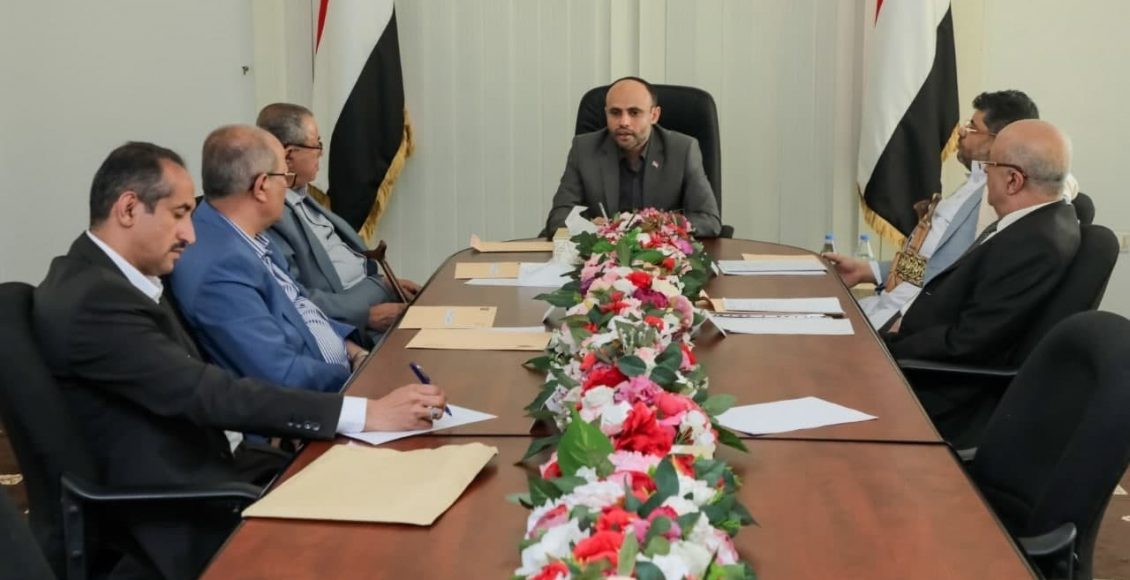 The Supreme Politician: Lifting the siege, stopping the aggression, ending the occupation are principles that cannot be deviated from any upcoming discussions

The Supreme Political Council, in its meeting today, Wednesday, headed by His Excellency Field Marshal Mahdi Al-Mashat, the Chairman of the Supreme Political Council, welcomed all sincere efforts to alleviate the suffering of the Yemeni people by lifting the siege and opening airports and ports without restrictions. He praised the efforts of the Sultanate of Oman and the delegation of the Royal Office which disscused in Sanaa a number of issues related to the humanitarian file.

He affirmed the firm attitude of the Republic of Yemen in positively dealing with various ideas and messages in a way that does not affect sovereignty and does not take away a legitimate right of the Yemeni people.

The Supreme Political Council pointed out that opening Sanaa airport and the port of Hodeidah is a simple humanitarian entitlement that is not considered an honor by anyone.It is a gain from the steadfastness of the Yemeni people and the heroism of the army and the people’s committees.

He stressed three basic principles that cannot be deviated from any upcoming discussions, namely lifting the siege, stopping the aggression by air, land and sea, ending the occupation, the exit of foreign forces, and non-interference in the internal affairs of Yemen.

14 Air strikes on Marib ,Saada, and 82 breaches recorded in Hodeidah

A protest in front of the United Nations office in Hodeidah, condemning the aggression ,the siege