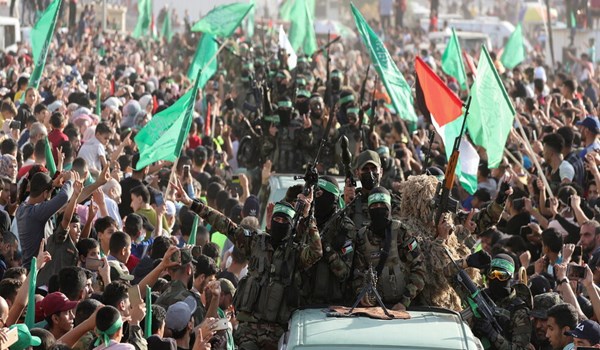 Palestinian factions call for a “mobilization” on Tuesday, and Hamas announces a general mobilization

The Hamas movement in Jerusalem called for a general mobilization next Tuesday in conjunction with the march of Israeli media in the city, and called on the Follow-up Committee of the National and Islamic Forces to march towards Jerusalem.

In a press statement, the spokesman for the Islamic Resistance Movement Hamas for the city of Jerusalem, Muhammad Hamadeh, said: “Our steadfast people who are stationed in Jerusalem and the vicinity of Jerusalem, who have inspired the peoples of the earth how stubbornness, steadfastness and standing up against the occupier to prevent it from imposing its will and changing the features of Jerusalem’s identity and form.” .

He added: “Here is the hateful occupation unleashing its stray flocks once again to desecrate the alleys of ancient Jerusalem, and raise the flags of their ephemeral entity in a move that does not stem from any confidence and strength, and what motivated it is only its failure and retraction.”