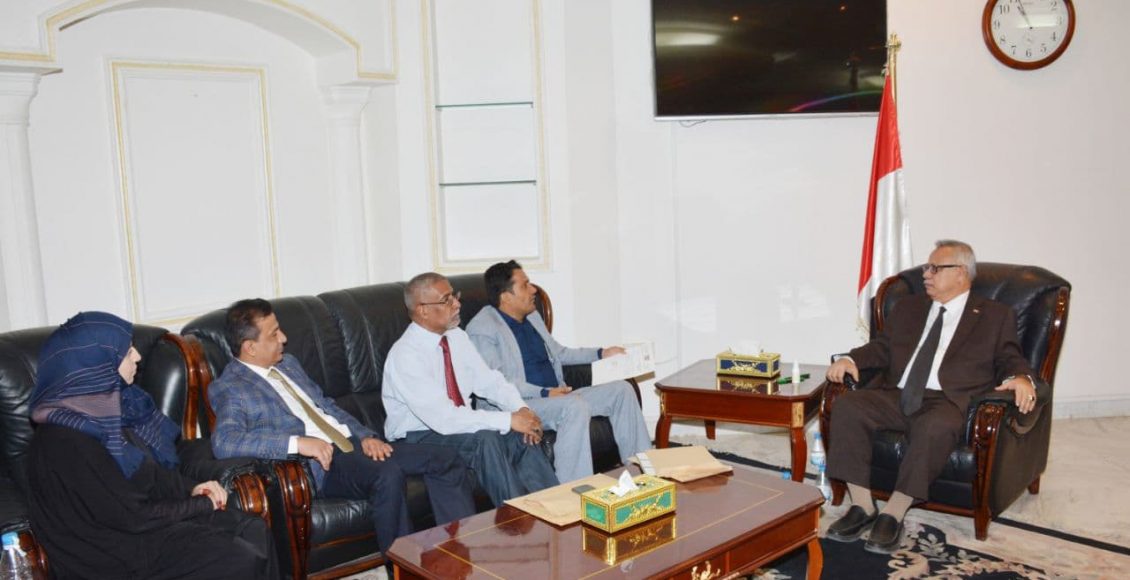 The Prime Minister receives a report on the aggression crimes ,the siege on civilians ,their basic rights

Prime Minister Mr. Abdulaziz Saleh bin Habtoor praised the national human rights and humanitarian role of the Ministry of Human Rights and its professionalism in dealing with human rights issues at the national level, especially during the period of aggression and the siege that has continued for more than six years.

During his meeting Tuesday, the Acting Minister of Human Rights, Ali Al-Dailami, the Prime Minister praised the steadfastness of the leadership of the ministry and all its employees during this exceptional period and their facing difficulties as a result of the repercussions of the US-Saudi aggression and siege.

During the meeting, the Prime Minister received a copy of the official report on the crimes of aggression against Yemen in the humanitarian aspects during the period March 26, 2015 AD – March 14, 2021 AD.

The report included a realistic, objective and professional monitoring of the crimes and a recording of data, statistics, information and direct and indirect crimes against human rights.It took into account the vocabulary, principles, literature and publications of the global human rights system and the terminology of international humanitarian law in preparing the report, which consists of four axes.They are the crimes of aggression and their effects on the lives of civilians, aggression in areas covered by international protection, the humanitarian catastrophe, the suffering of civilians, and the axis of terrorism.

The Director of the Office of the Presidency of the Republic inaugurates ,launches 180 projects at a cost of 10 billion riyals in the secretariat