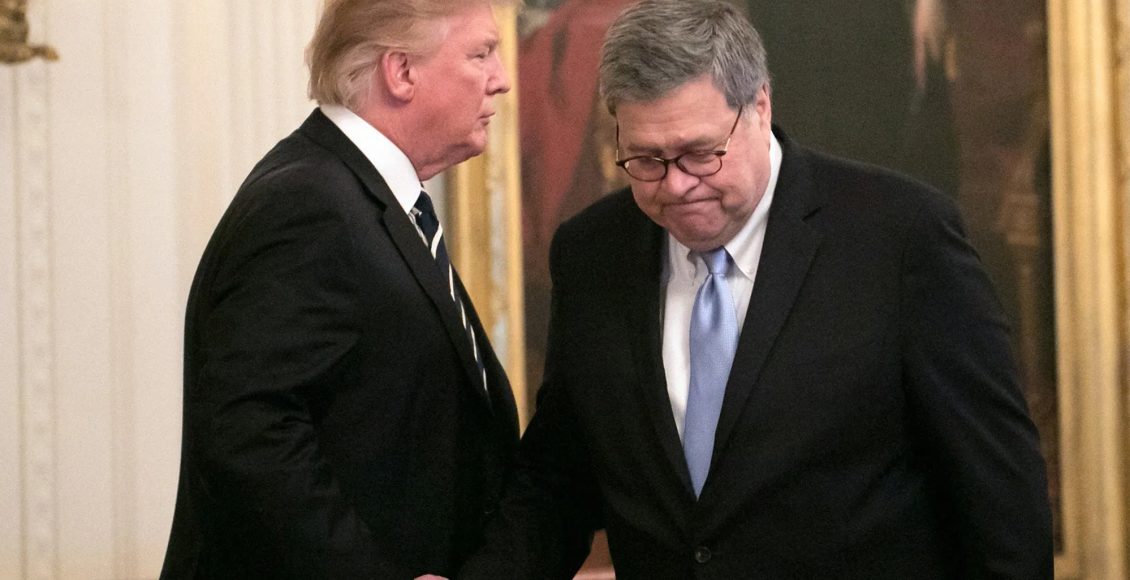 Documents obtained from the US Department of Justice detail efforts by then President Donald Trump, his chief of staff and other allies to pressure the department to challenge the 2020 presidential election results, the US House Oversight and Reform Committee said on Tuesday.

An hour before President Donald J. Trump announced in December that William P. Barr would step down as attorney general, the president began pressuring Barr’s eventual replacement to have the Justice Department take up his claims of election fraud, The New York Times reported.

The paper obtained emails turned over by the Justice Department to investigators on the House Oversight Committee.

Trump sent an email via his assistant to Jeffrey A. Rosen, the incoming acting attorney general, that contained documents purporting to show evidence of election fraud in northern Michigan — the same claims that a federal judge had thrown out a week earlier in a lawsuit filed by one of Trump’s personal lawyers, according to NYT.

Another email from Trump to Rosen followed two weeks later, again via the president’s assistant, that included a draft of a brief that Trump wanted the Justice Department to file to the Supreme Court. It argued, among other things, that state officials had used the pandemic to weaken election security and pave the way for widespread election fraud, the daily reported.

The draft echoed claims in a lawsuit in Texas by the Trump-allied state attorney general that the justices had thrown out, and a lawyer who had helped on that effort later tried with increasing urgency to track down Rosen at the Justice Department, saying he had been dispatched by Trump to speak with him, the report said.

The Prime Minister receives a report on the aggression crimes ,the siege on civilians ,their basic rights