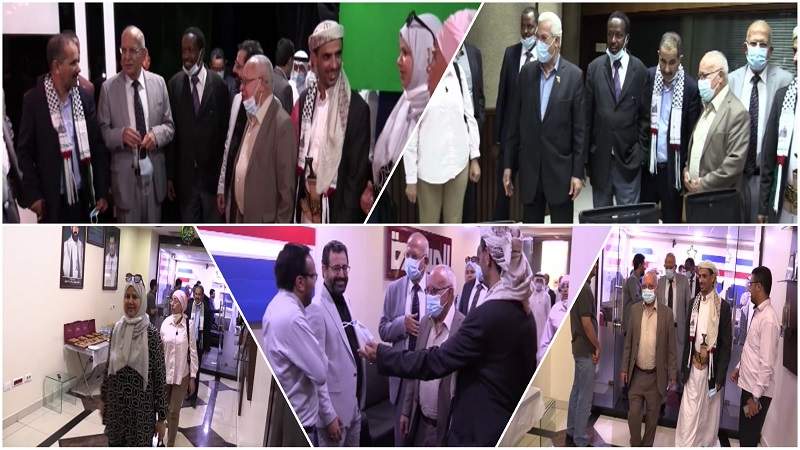 Thursday, the delegation of the National and Islamic Conference visited the office of Al Masirah TV in Beirut, congratulating the victories achieved by Yemen in the face of aggression.

The delegation, which included heads of parties, deputies, political and union figures, was received by the director of Al Masirah Network, Ammar Al Hamzi, and a number of administrators and workers in the channel.

The delegation toured the sections of Al Masirah channel and congratulated the management and crew on the development that the channel had witnessed in terms of follow-up and coverage in a short period.

The delegation also congratulated the Yemeni people on the victories and achievements of the army and the popular committees in the face of the Saudi-American aggression on Yemen.