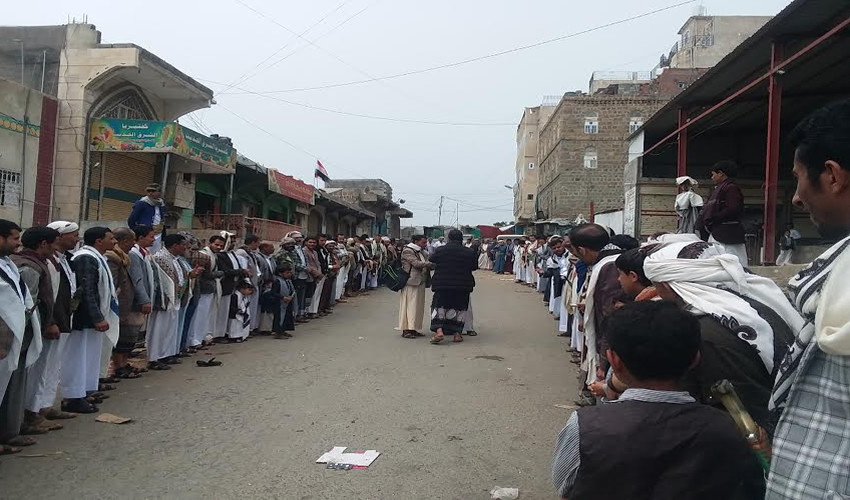 Today, in Rayma governorate, vigils were organized after Friday prayers to denounce and condemn the Saudi regime’s decision to prevent the performance of Hajj this year.

The vigils, in which local authority leaders in the governorate and districts participated, denounced the continued silence of the cultural and intellectual elites towards the actions of the Saudi regime in deterring Muslims from performing this duty.

Statements issued by the endowments called for condemning the actions of the Saudi regime and its arbitrary practices against the people of the nation in general and the Yemeni people in particular.

The countries of aggression warned of the consequences of the continued detention of oil derivatives ships, which portends a humanitarian catastrophe.

The data called for supporting the activities of the summer centers and encouraging male and female students to join them in order to acquire scientific knowledge and immunize them from false cultures.