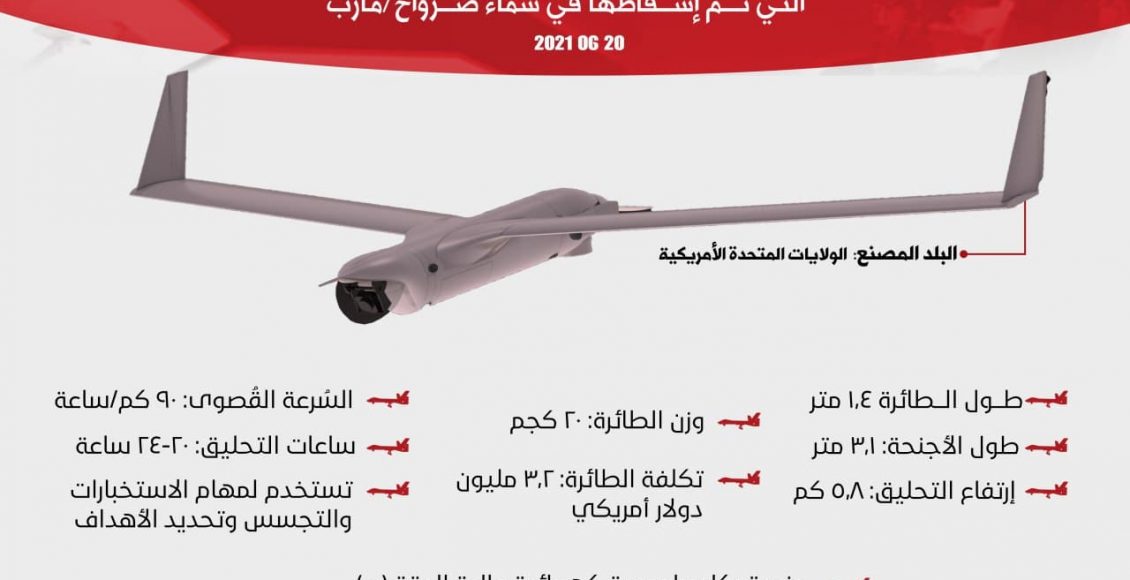 Specifications of ,Scan-Eagle, the American spy plane that shot down in Sirwah, Marib

The plane that was shot down by the air defenses today in Sirwah, Marib, with a surface-to-air missile, is an American spy plane of the Scan Eagle type, 1.4 meters long, 20 kilograms in weight, a maximum speed of 90 km/h, a wingspan of 3.1 meters and a flight of 5.8 km.

The plane was made by the Insito company of the American company Boeing, with a value of $11.25 million, and it is an unmanned reconnaissance plane that works to locate targets accurately from the air.

It is characterized by its small size compared to its counterparts in the regular armies, which facilitates its transportation. It is also equipped with an electro-optical surveillance camera and another infrared camera.

The role of this type of aircraft emerged during the American war on Iraq, as it carried out more than 1,000 sorties over Iraqi areas.

This is the second of its kind that was shot down during the aggression on Yemen, as a plane of the same type was shot down in Asir on November 1, 2019.

The Council of Ministers urges the United Nations to review its decisions issued in accordance with the American hegemony ,the oil countries